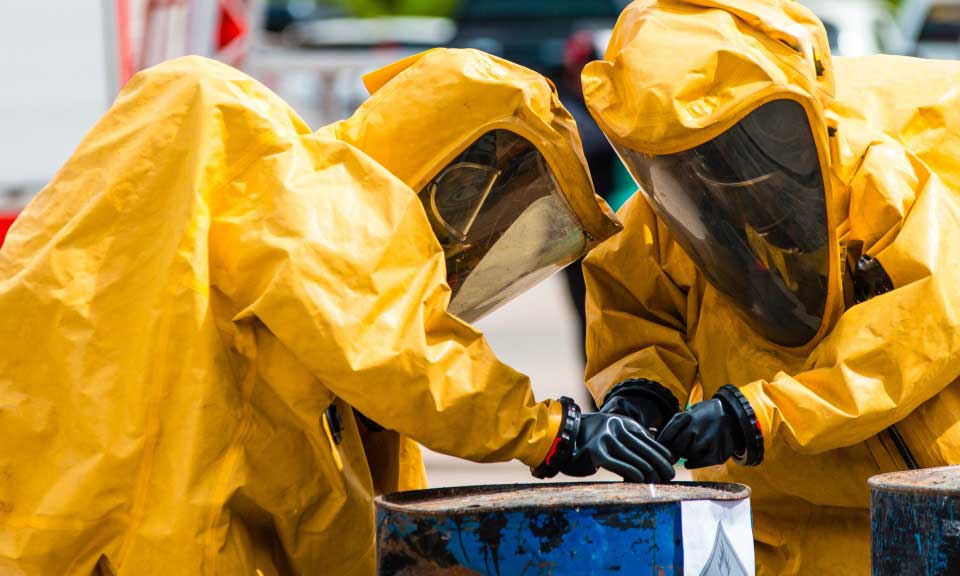 In an age where a CBRN emergency, both accidental and deliberate, poses a real threat to society, new integrated systems and technologies are needed to aid first responders and enhance the protection of citizens.

The multi-million pound TOXI-Triage project, which brings together experts from across Europe, is creating novel ways to give effective and diagnostically sound medical and toxic assessments to the casualties of a CBRN event amid the confusion, disorder, and dangers it would bring.

These new technologies and systems will revolutionise the way emergency services across the world tackle a CBRN incident.

Funded by the European Commission, the project brings together 19 teams spanning the emergency and health services, defence, industry, and university academics.

Together the research team have developed advanced methods to:

Later this month the entire project team will travel to Athens for a full-scale field trial of the new technologies and systems, in partnership with Greece’s Ministry of National Defence. This will be the first time ever so many new advanced methods and technologies will have been combined to tackle a simulated CBRN crisis.

At the end of the project it is anticipated that these new technologies and systems will become the Gold Standard for an emergency response, as well as becoming standard features in hospitals across the globe to support everyday healthcare emergencies.

Paul Thomas, Professor of Analytical Science from Loughborough’s Department of Chemistry, is leading TOXI-Triage.  He said: “Over the last four years some of the strongest teams across Europe have been working together to help ensure society can respond to and tackle a CBRN incident in the best possible way.

“We live in a time where CBRN terrorism is a real threat, and incidents such as the Birling Gap gas cloud and Japan’s Fukushima nuclear crisis illustrate how CBRN incidents can and do occur as a result of human error or a natural disaster.

“The emergency services need to have the best possible information when a CBRN incident occurs, in the quickest time possible without having to put further lives at risk. TOXI-Triage has created new hot zone assessment, diagnostic, communications and track and tag triage technologies, along with an integrated system that pulls all the information together in real time.

“TOXI-Triage is truly revolutionary and sets to rewrite the way a CBRN incident is managed.”