A Loughborough University professor and a research associate that have developed revolutionary emission technology have had their hard work acknowledged in the Autocar Awards 2018. 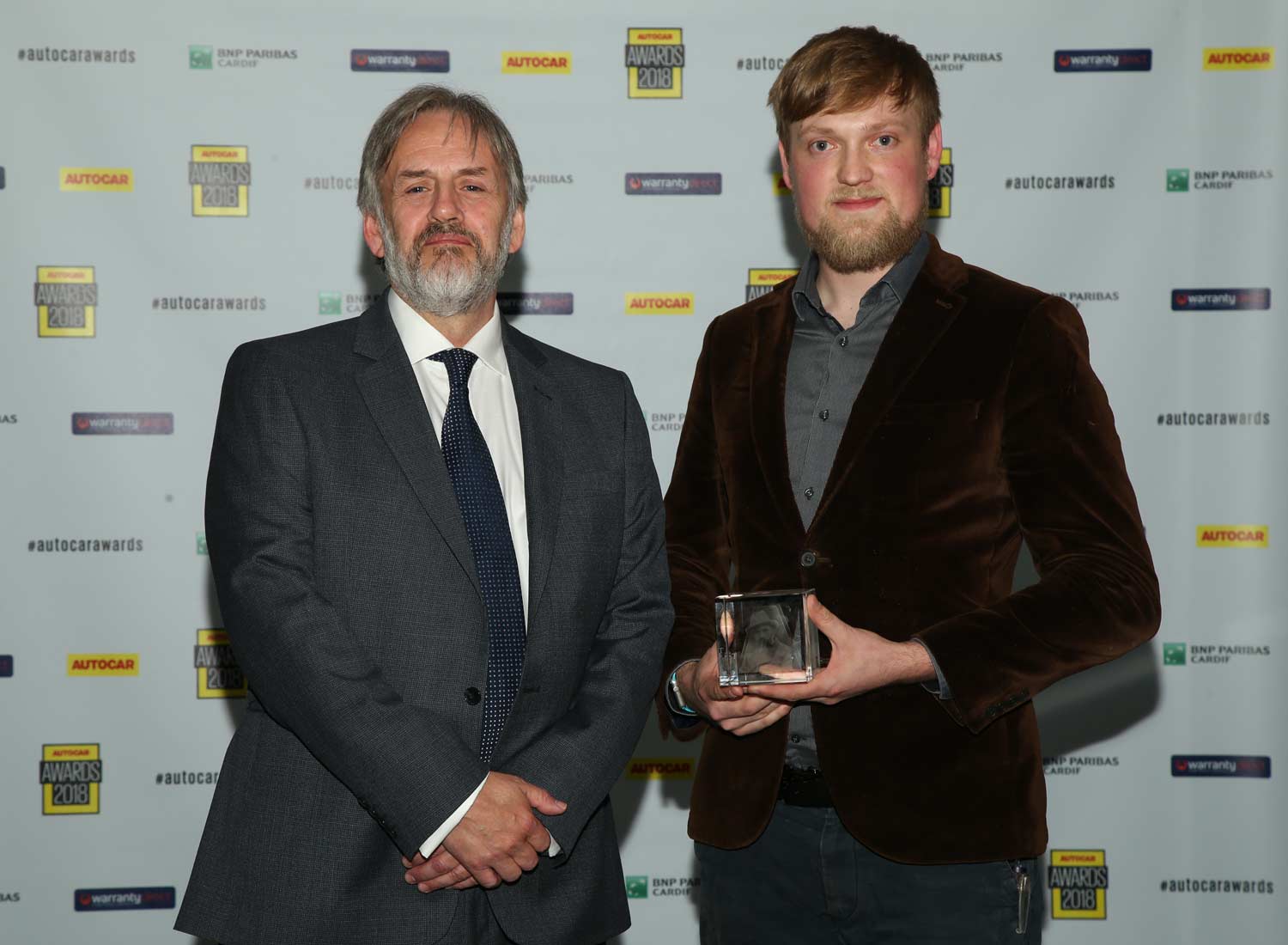 Professor Hargrave, an internationally acclaimed expert on the optimisation of combustion engines, and Research Associate Jonathan won the accolade for their development of Ammonia Creation and Conversion Technology (ACCT).

ACCT has the potential to significantly cut harmful nitrogen oxide (NOx) emissions in diesel engines and works by effectively increasing the capacity of existing on engine after treatment systems.

Currently, almost all new diesel vehicles are fitted with a Selective Catalytic Reduction (SCR) system to try and remove NOx produced by combustion. This system uses AdBlue™ to safely provide the ammonia required to reduce NOx into harmless nitrogen and water.

The drawback is that AdBlue™ only functions well at high exhaust temperatures, typically in excess of 250ºC. Therefore, the SCR does not necessarily operate at all engine conditions, for example, during short, stop-start commutes, particularly in urban areas or on construction sites. What’s more, use of AdBlue™ at these problematic lower temperatures can result in severe exhaust blockages and subsequent engine damage.

ACCT is an AdBlue™ conversion technology that uses waste energy to modify AdBlue™ to work effectively at these lower exhaust temperatures. By greatly extending the temperature range at which SCR systems can operate, the new technology significantly enhances existing NOx reduction systems.

Autocar editor Mark Tisshaw said: “The innovation which Professor Graham Hargrave and Research Associate Jonathan Wilson from Loughborough University have developed solves a massive, urgent problem with diesel engines that has been holding back the whole industry.

“It’s so elegant that car technologists over the world have been staring at one another in confusion since its capabilities were revealed. If ACCT develops as promised, our winners' invention offers nothing less than a new lease of life for modern diesel engines.”

Commenting on the ACCT award success, Jonathan Wilson said: “We were incredibly pleased to receive the Sturmey Award from Autocar last night; it’s wonderful to receive recognition for a technology we hope will positively benefit public health and quality of life.”

For more information on the Autocar Awards 2018, click here. To learn more about ACCT – which was also named the 2017 Technological Innovation of the Year by Times Higher Education – visit the dedicated webpage.

It specialises in revealing the secrets of new cars, while its famous road tests are used by the industry and consumers alike as the authoritative benchmark.

Autocar’s readers are recognised as the most influential in the UK. The knowledge they glean from the magazine and pass on leads to thousands of car purchases a year.

Autocar now has 13 editions worldwide, with a UK circulation of 30,753 and its fast-growing website has over 1.8m monthly unique users, generating 8.8m page views per month.

Meanwhile, Autocar’s YouTube channel has become the most authoritative motoring video site in the world, garnering more than 250 million views and over 600,000 subscribers.