Ex-England international and Loughborough alumnus Ayoola Erinle has honoured a promise to mum by finally graduating university after a successful career in rugby. 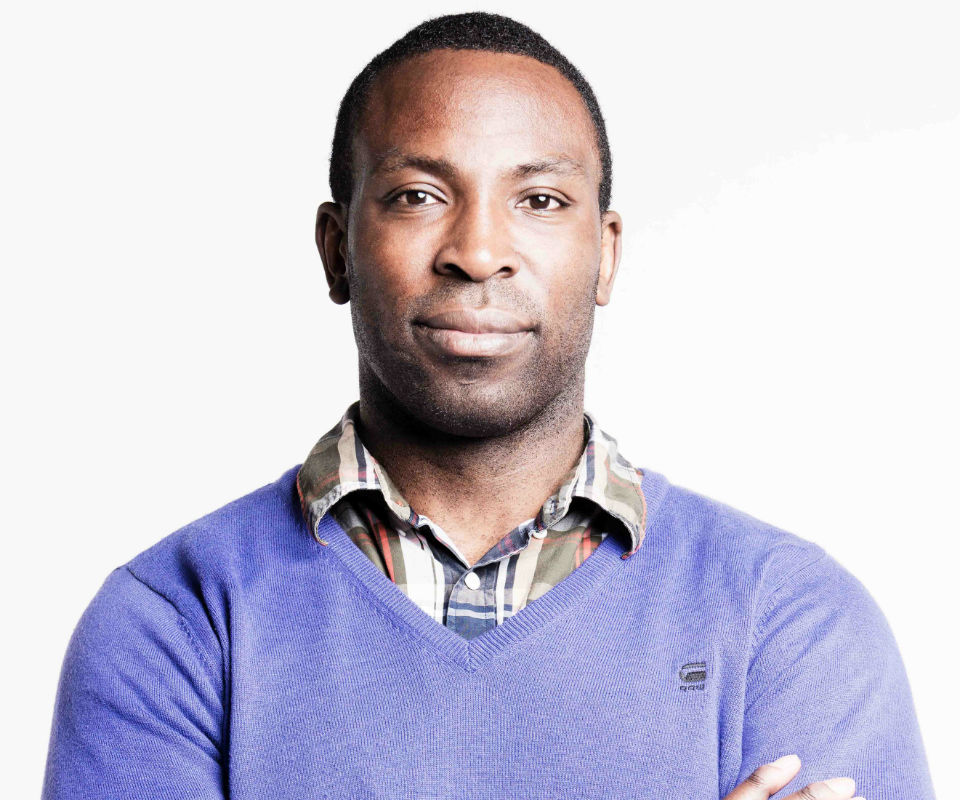 The former Wasps, Leicester and Biarritz centre, 38, dropped out of his university pharmaceutical course at King’s College London in his 20s to pursue his dream of playing professional rugby.

The 6ft 4ins 17st powerhouse went on to make more than 180 union appearances as a pro, as well as two for England but promised his mum, Titi, he would continue his education once he retired from the game.

Now, Ayoola has graduated with a First in a Physics and Engineering Integrated Masters, where his dissertation focussed on analysing the aerodynamics of a rugby ball and has secured a job at the Ministry of Defence as a graduate engineer.

He said his mum is very happy.

“That was the deal,” Ayoola said.

“Me returning to university after my rugby career was a pact with my mum.

“She was very sceptical about me dropping out of university the first time around and I had to promise I would return to my studies as soon as my rugby career was over.

“I said I would go back to university and get a First – thankfully I made good on that promise.”

Ayoola said he was "wary" about returning to University after such a long time away, but it was definitely the correct desicion.

He said: "Going back to university after such a long sabbatical was always going to be a huge challenge.

"The support and advice from my tutor John Samson has been invaluable and I wouldn't have even made it here as it was his advice that allowed me to pick the correct subjects through the Open University pathway.

"Coming as a mature student, lecturers and students alike were so willing to help and make the extra effort with me which I'm very grateful for.

"Having to pay my fees out of my pocket did focus the mind and everyone were extremely accommodating.

"Though I had home commitments with a new wife and child, I still managed to socialise and enjoy playing half a term of rugby.

"I still keep I contact with the physics crew and have made some good friends for life. I was wary about coming back to university, but coming out with a 1st and a bunch of good friends, and a job on a graduate scheme with the MoD, it has been well and truly worth it."

While Ayoola’s says his rugby career now seems a long time ago he enjoyed success with both Wasps and Leicester, two of Europe’s finest teams in recent memory.

In 2009, after 15 minutes against the Australians, he found himself named, by the then England coach Martin Johnson, in the starting line-up that would face the mighty All Blacks.

“When I went to see Jonno after training before the All Black game I just assumed he was going to release me back to my club – I was genuinely in shock when he said I would be starting,” he said.

Facing Ayoola that day was some real quality including Ma’a Nonu, Dan Carter, Richie McCaw and Kieran Read – and he, of course, had to face down the Haka – New Zealand’s infamous war dance.

“Lining up opposite the Haka was a really out of body experience,” Ayoola said.

“It’s really hard to articulate how it feels. It’s not that it’s scary, more that it’s momentous.

“You feel part of history and lucky to be part of something very few people experience.”

Now at Defence Equipment and Support (DE&S), Ayoola is working for the Salvage and Marine Operations (SALMO) team.

“I’m getting the opportunity to write quality and risk assessments and meeting with contractors regarding engineering solutions which means visits to naval bases around the UK,” he said.

“I’ve visited a live shipwreck located off the coast of the Orkney Islands and was involved in hot tapping (the use of a tap to remove oil from leaking tanks on the vessel).

“DE&S is giving me the opportunity to accelerate my career by fast-tracking me to chartered engineer status. I’m hoping it will be a springboard to great things.”