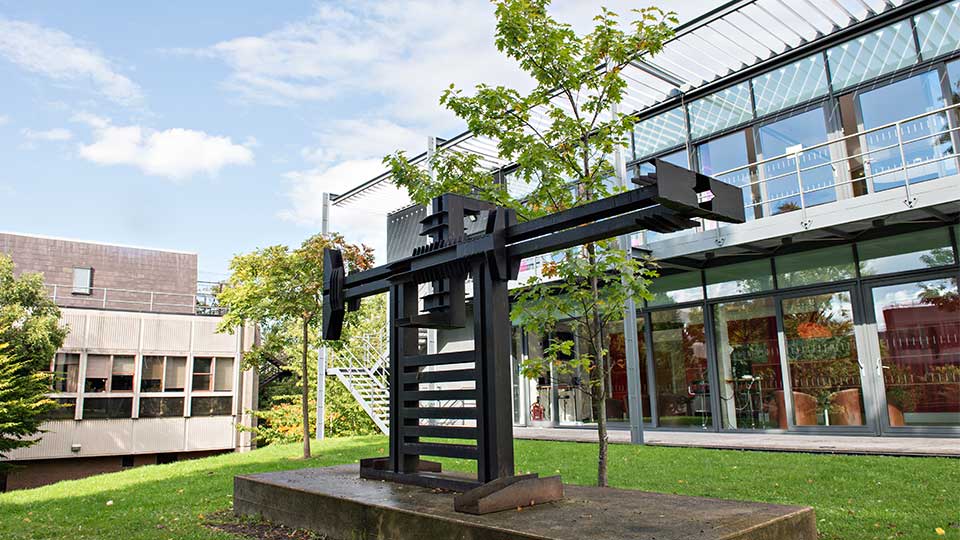 Loughborough University is to commission a public artwork to mark the entrance to its new hall of residence complex – and artists from across the globe are invited to submit their ideas.

The new development on campus is being named after Claudia Parsons, a pioneering engineer, intrepid traveller, and author.

She was one of the very first women in England to graduate with a degree in Automotive Engineering and later became the first woman to circumnavigate the globe by car.

Located near the University’s new Elite Athlete Centre and Hotel, the ‘Claudia Parsons Hall’ will welcome its first full cohort of students in September 2019.

Artists are invited to submit ideas for a public art piece that will be located on the main entrance route to the hall.

The work, which will be seen by thousands of students and visitors, could have a functional role, whether that is some form of structure or seating, or it could act as a beacon or a form of way-marking.

The artwork could act as an information point or a place of rest or contemplation. Alternatively, it could simply be an interesting sculptural work that sets itself apart from the environment that surrounds it and in this way becomes a recognisable focal point for users of the area.

There is an overall budget of £20,000 for the commission, which is being overseen by the University’s arts programme LU Arts.

However, there is additional funding to support any foundations and fixings that might be required.

At this stage, artists are invited to submit an expression of interest if they meet the criteria outlined in the project brief.

Nick Slater, Director of LU Arts, commented: “This is a great opportunity to produce an original artwork that will mark the entrance to this new hall of residence and we are looking forward to receiving lots of imaginative proposals from artists and designers.”

Expressions of interest should be submitted no later than Wednesday 5 September.

Following the deadline, a shortlist of artists will be announced and these creatives will be paid a fee to prepare worked-up proposals from which a final artist will be selected.

The public art piece is expected to be unveiled in June 2019.

For more information on how to submit an expression of interest and the full project brief, visit the dedicated webpage.