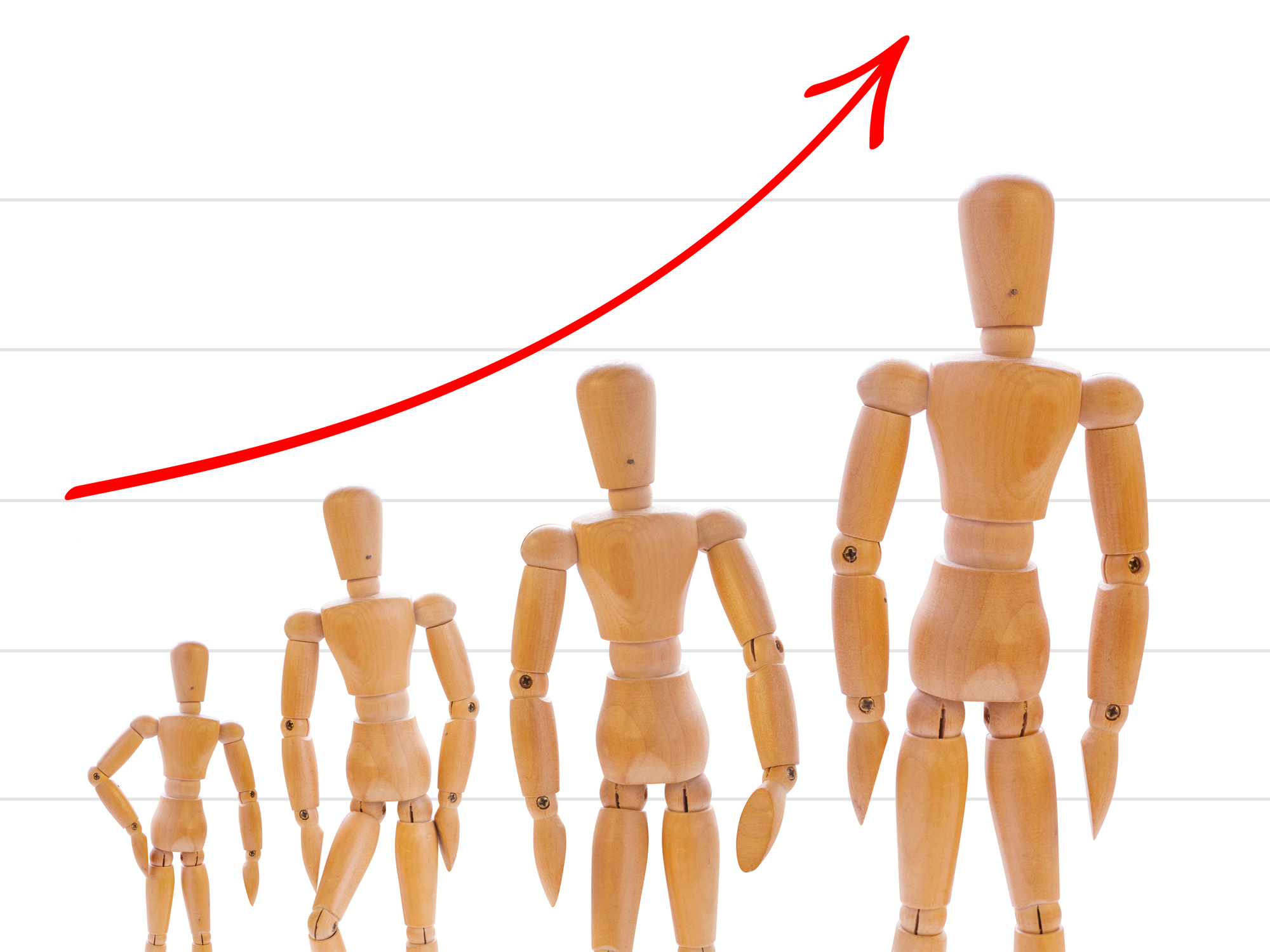 Professor of Biological Anthropology at Loughborough University Barry Bogin found that the children of a Maya community, from Guatemala, who were known for their short stature, grew an average of 11cm in one generation after migrating to Florida and California in the 1990s.

The Maya’s relatives back home, who did not migrate, showed no signs of the same rapid growth which suggested the physical development was influenced by the change of environment.

Prof Bogin said the phenomenon, known as strategic height adjustment, is found among groups of people who escape poor living conditions, oppression or conflict, and settle in more prosperous environments.

His research, published in Anthropologischer Anzeiger: Journal of Biological and Clinical Anthropology, considered numerous other examples of migration and height change over the past 140 years, including rural Bangladeshis who came to London in the 1970s.

In each instance, migrant youngsters’ growth accelerated until their average height matched that of their new native peers.

“This is usually thought to be due to better food and health care in the new country,” said Prof Bogin.

“But also, because the emotional stress that limited growth in the old country has been lifted – and there is emotional stimulus for bigger body size in the new country.”

Professor Bogin’s study, carried out in collaboration with Dr Christiane Scheffler, at the University of Potsdam, and Professor Michael Hermanussen, from the University of Kiel, also explored a second phenomenon called competitive growth – where the ruling social classes adjust their height to exceed the subordinate population.

Prof Bogin said: “This is when the mean height of colonial or military migrants, who become the socially dominant group in the conquered country, surpasses the average height of the both the conquered people and the origin population.”

In one example, the researchers found that the height of Dutch colonial masters in Indonesia in the 19th and early 20th centuries was greater than the Indonesians they ruled, and also greater than social upper classes back in the Netherlands.

“This was also the case for English colonial masters in North America,” said Prof Bogin.

“We find that it is the superior social status of the conquerors that promotes their greater height.

“A counterexample that ‘proves the rule’ is the case of the Boers, Dutch descendants who ruled in South Africa.

“During the Apartheid period, from 1948 – 1991, each new generation of Dutch in the Netherlands increased in average height, becoming today the tallest people in the world.
“The Boers, however, did not increase in average height and may have even lost height.

“The oppression of Apartheid caused such great civil unrest, turmoil, and social uncertainty that even the Boer ruling-class seems to have suffered, at least in terms of average height.” 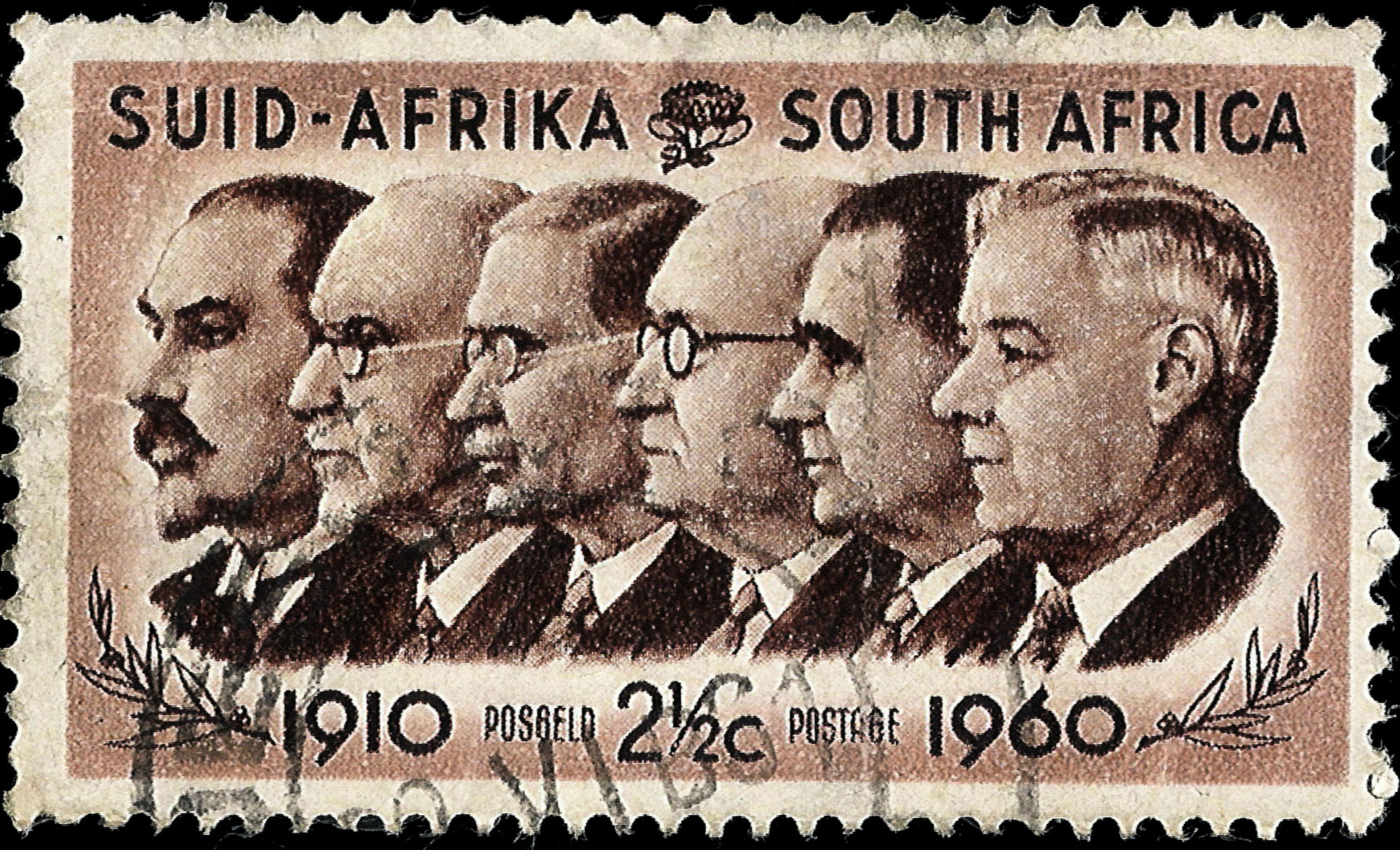 Prof Bogin and colleagues suggested that most of these increases and decreases in average height are regulated by epigenetic processes.

“Epigenetics is the study of changes in organisms, including people, caused by modification of gene expression rather than alteration of the genetic code itself,” said Prof Bogin.

“The new environments of migrants and colonial masters stimulates the way that genes for height, and other physical and psychological traits, are ‘turned-on’ or ‘turned-off’.”

The research also showed that nearly everyone in the migrant group is equally affected by the new environment.

The distribution of height in any group of people almost always looks like a bell-shaped curve, with some people very tall, some very short and most somewhere in the middle. 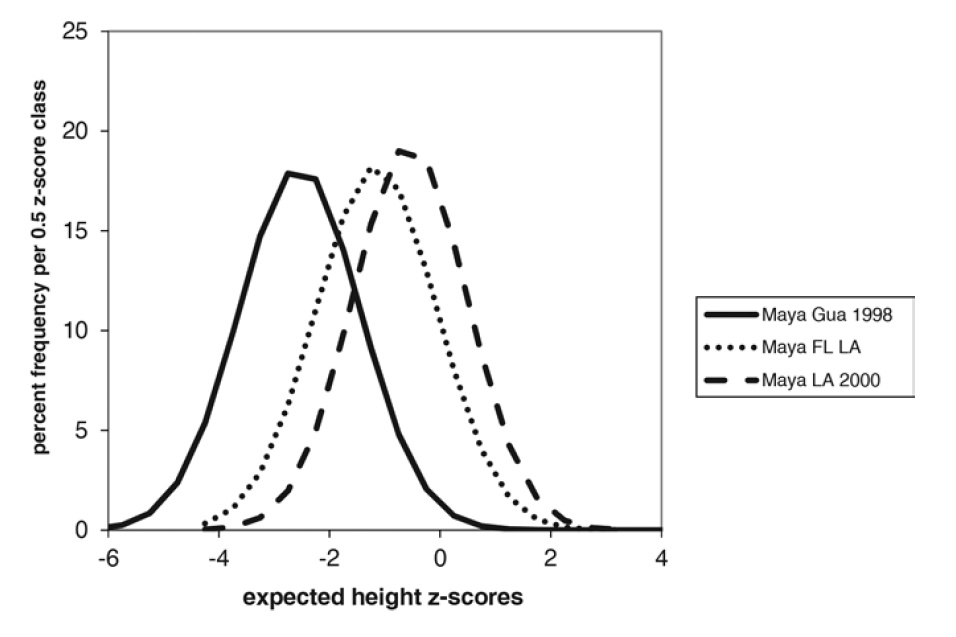 Prof Bogin said: “The entire curve of the height of the Maya migrants from Guatemala to the USA shifted to the right, meaning that everyone became taller.

“Whatever is causing the height change, it is shared by everyone in the community.

“But also shared by everyone is the reduction in violence and fear that exists in Guatemala and the psychological stimulus to grow taller and be like ‘real’ United States people.

“In the USA the Maya remain economically poor, but they have greater safety and security, and this can make people grow taller.”

Prof Bogin’s paper, As tall as my peers – similarity in body height between migrants and hosts, was published in January.