Girls who skipped breakfast as part of a study into energy intake and physical activity were found to consume 350 fewer calories *(kcals) a day. 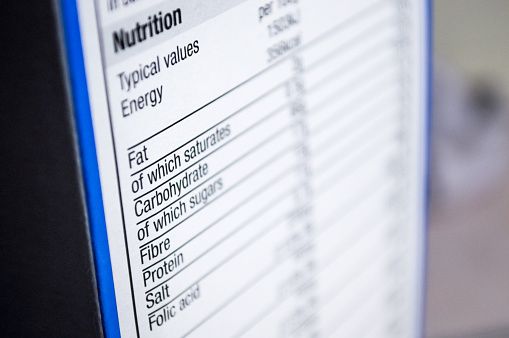 Most adults need around 2,000 kcal a day

Researchers looked at the eating and physical activity habits of 40 teenage girls over three days and how the omission of breakfast affected their daily energy intake.

They found that the girls ate, on average, an extra 115 calories, when they missed breakfast compared with days when they ate a **standard breakfast provided by the researchers.

However, they also calculated that the breakfast provided to the girls contained 468 calories, so the net intake for total calories consumed in one day was -353 calories when they skipped breakfast.

Dr Keith Tolfrey, of Loughborough University, who co-authored the paper, Effect of breakfast omission and consumption on energy intake and physical activity in adolescent girls, said that people who eat breakfast are less likely to be overweight or obese, but our research showed that eating breakfast increased total energy intake in girls over the short term.

He said: “There is a common belief that breakfast is the ‘most important meal of the day’.

“However, around one third of children and adolescents in many countries skip breakfast regularly.

“There are many reports that show missing breakfast is associated with obesity, which may have led to premature assumptions that breakfast can be used as an intervention for weight control.

“But we do not know why eating breakfast is associated with a lower likelihood of being overweight or obese, or whether eating breakfast can be used effectively as a weight control strategy.”

The research was a joint project between Loughborough and the University of Bedfordshire, and was published in the British Journal of Nutrition earlier this month (chosen subsequently as the Paper of the Month for October).

The aim of the study was to, “examine the effect of three consecutive days of breakfast consumption compared with breakfast omission on free-living energy intake and physical activity in adolescent girls,” said lead author Dr Julia Zakrzewski-Fruer, from the University of Bedfordshire.

“There were forty girls aged 11 to 15 years involved in the study, all of whom completed two, three-day conditions: no breakfast and a standardised breakfast,” said Dr Zakrzewski-Fruer.

“Their dietary intakes were assessed using food diaries combined with digital photographic records and physical activity was measured using accelerometery throughout each condition.”

The paper’s findings supported the small number of experimental studies which looked at one day of breakfast omission and found that missing (skipping) breakfast was linked to lower energy intake, which questions why young people who eat breakfast regularly are less likely to be overweight or obese.

However, Dr Zakrzewski-Fruer added: “It’s worth noting that due to the limited evidence base we can’t definitively say how breakfast is linked to weight status and health, so further research will help to determine whether daily breakfast consumption can be used as an intervention to reduce future disease risk in young people.”