Excessive screen time has been linked to unhealthy eating behaviour in schoolchildren. 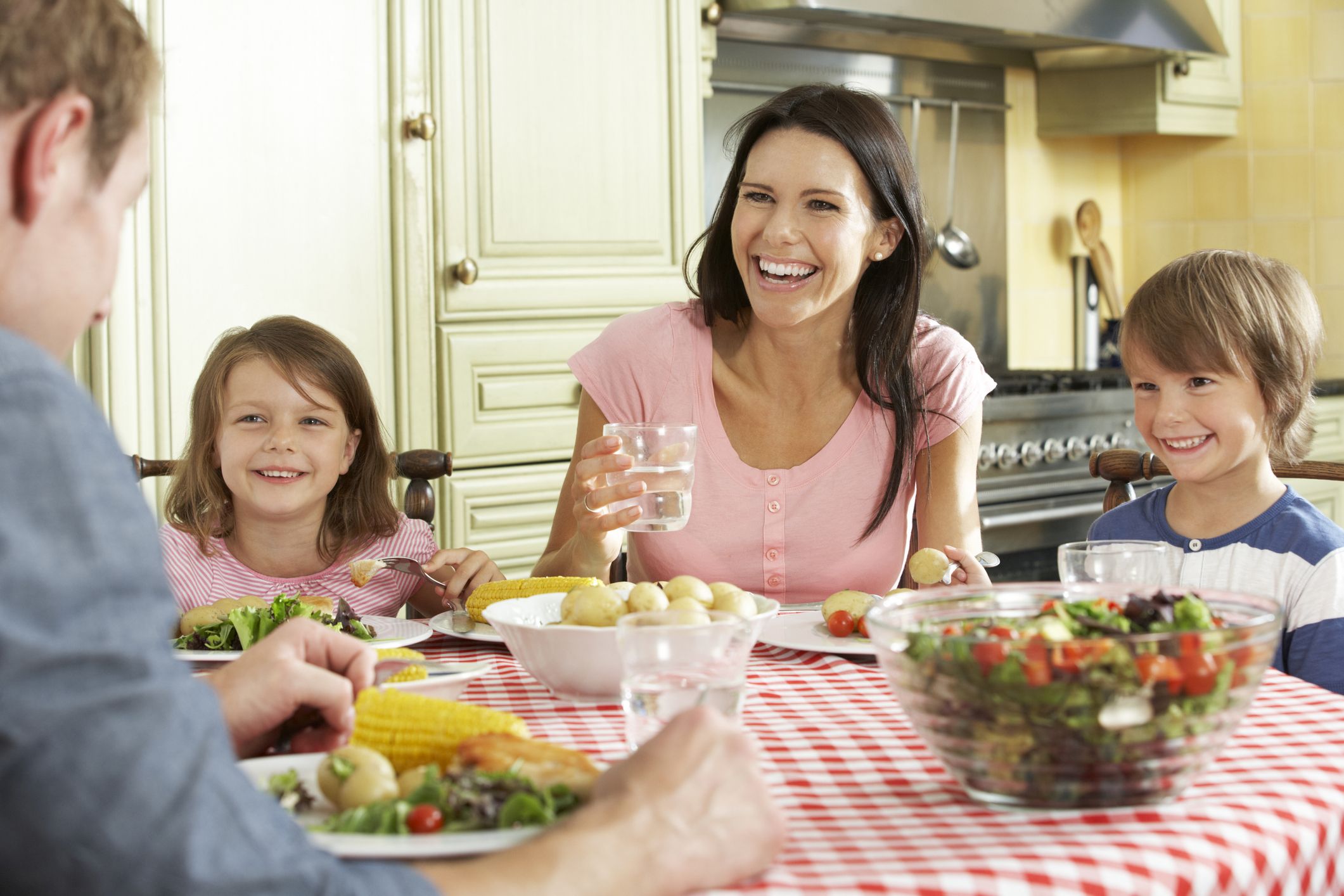 Research has shown that eating as a family improves youngster's diets

More than 95% of 11 and 12-years-old who took part in a Loughborough University study reported unhealthy behaviour related to low fruit and vegetable intake, high-fat snacking or too much screen time.

Two-thirds of youngsters who completed questionnaires admitted to at least two of the detrimental health issues, while a third confirmed they participated in all three (low fruit and vegetable intake, high-fat snack intake and high screen-time).

The study asked for information about their eating habits, such as eating in front of the television, eating and watching television together with parents, restrictive parenting practices, and the availability and accessibility of high-fat food within the home.

The results have been published in a paper, Clustering and correlates of screen-time and eating behaviours among young adolescents, which appeared in the journal BMC Public Health.

Dr Natalie Pearson, who led the project, said: “Over two-thirds of adolescents exceeded the guideline of up to two hours of screen viewing per day, and only around one in four adolescents ate the recommended ‘five-a-day’.

The aim of the project, funded by the British Heart Foundation, was to better understand the links between, and underpinning factors associated with:

The results also showed that only a quarter of the school children ate the recommended five portions of fruit and vegetables per day.

The study reported a number of variables associated with an increased likelihood of reporting all three risks. They include:

Other factors were based on the children’s own ability to resist watching television and eating high-fat foods.

“There is a strong link between screen time and unhealthy eating,” said Dr Haycraft, who co-led the project. “Therefore, cutting the amount of time your children spend in front of the television whilst eating is a logical step towards improving their eating behaviour.

“Habits such as snacking whilst watching television or using phones or tablets is a detrimental health behaviour as most snacks tend to be high-energy – full of sugar or bad fats.

“A simple change such as reducing the availability of high calorie snacks is one way to improve youngsters’ diets.

“Another is turning off the television during mealtimes and eating as a family.”