The winners of Loughborough’s annual Enterprise Awards competition were announced at a ceremony last night. 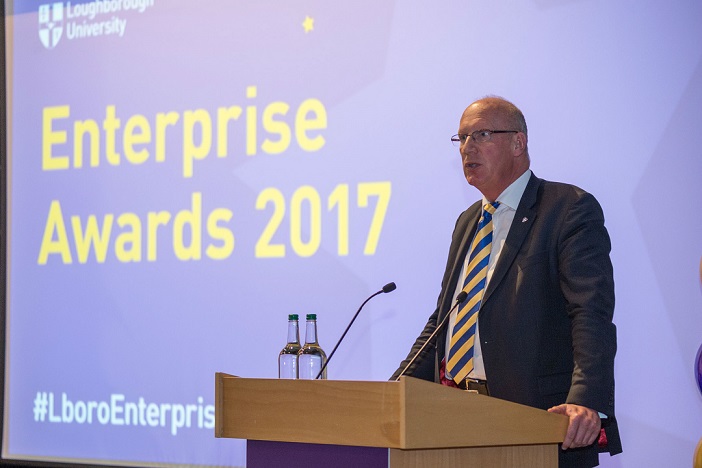 An audience of more than 120 guests, from a wide range of public and private sector organisations, celebrated the best of the University’s entrepreneurial and enterprising academics, students and graduates.

The event was held at the Sir Denis Rooke building, on the University’s Science and Enterprise Park.

More than 9,000 public votes were cast to find the most talented individuals and ventures from each of this year’s four categories, which were Impact from Research, One to Watch, Graduate Enterprise and Student Placement.

As well as recognising individual excellence, the annual awards are focussed on building, growing and maintaining relationships with the numerous professional organisations which work in partnership with the University throughout the year.

The evening was hosted by Loughborough’s Pro-Vice-Chancellor for Enterprise, Tracy Bhamra.

Speaking after the event, she said: “These partnerships are fundamental to so much of what we do as a University.

“Not only do they enable successful enterprise activities to take place, they also help strengthen research, support teaching and deliver placements and graduate employment.

“I’m delighted that so many of our external partners are here this evening.

“An increasing number of them are based here on our campus on the Science and Enterprise Park –which is part of the new Loughborough and Leicester Science and Innovation Enterprise Zone.”