A study involving lesbian, gay, bisexual and transgender employees working in construction aims to explore the effects of “institutional homophobia” within the £100 billion British industry. 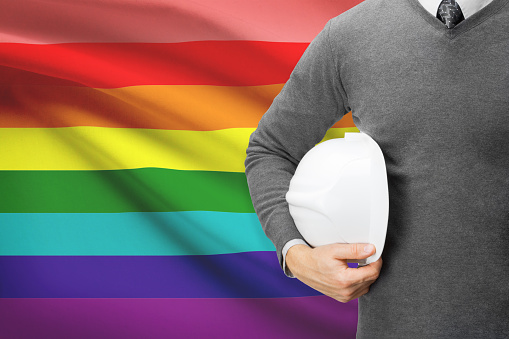 The two-year project will involve interviews with LGBT workers, as well as focus groups to investigate the range of experiences with the view to improving organisational practices nationwide

Loughborough University’s Dr Sarah Barnard, of the School of Business and Economics, and Professor Andrew Dainty, of the School of Civil and Building Engineering plan to interview LGBT employees and highlight the issues they face, which they say will “provide a platform for those minority voices to be heard”.

The testimonies will be debated during a second phase of the project by a select panel which has the goal of creating recommendations aimed at developing more inclusive practices in a sector which contributes more than £100bn to the economy each year.

Dr Barnard said: “The aim is to give LGBT employees in construction a voice, and learn about the issues they face on a day-to-day basis.

“We’ll do this by studying their experiences as well as reviewing the effectiveness of the construction companies’ inclusiveness policies.

“This should help us identify both good practice, and where changes are necessary, and give us a solid basis for creating recommendations through which a more inclusive employment climate can be created.”

The Office for National Statistics recorded almost 26,864 people working in construction between January 2017 and March 2017.

In 2015, a survey conducted by Architect’s Journal revealed that homophobia was commonplace, with over 80 per cent of gay men and women in contracting reporting homophobic comments.

The same report stated that only 14 per cent of gay employees felt that they could be open about their sexuality in the workplace.

“These results paint an ugly picture of an industry that is institutionally homophobic and unwilling to embrace the diversity agenda.

“In-depth research on the experiences of such workers and the effectiveness of policies and actions to address these issues is vital if the sector is to begin to tackle these issues and to benefit from the advantages that a more representational workforce provides.”

The study is being funded through the Chartered Institute of Building’s (CIOB) Bowen Jenkins Legacy Research Fund which supports research projects in the built environment.

First, Dr Barnard and her team will carry out one-to-one interviews with up to 20 LGBT people to collect data and testimonials about their everyday working lives within construction.

Then, the information will be discussed within focus groups to explore where the problems lie and how they can be resolved.

Dr Barnard said: “The interviews will explore the experiences of LGBT employees in terms of day-to-day work and their overall career in the sector drawing on established research on careers.

“This approach will create deep-insights, and cultivate a network of contacts, from which future studies may be developed. A workshop will then be held to further develop the research recommendations.”

The project has attracted interest from six construction companies who have shown a willingness to work with the team at Loughborough University to learn more about LGBT issues.

The Chartered Institute of Building (CIOB)

The CIOB is at the heart of a management career in construction.

We are the world's largest and most influential professional body for construction management and leadership.

We have a Royal Charter to promote the science and practice of building and construction for the benefit of society, and we’ve been doing that since 1834.

Our members work worldwide in the development, conservation and improvement of the built environment.

Our professional and vocational qualifications are a mark of the highest levels of competence and professionalism, providing assurance to clients and other professionals procuring built assets.