Current sporting policies restrict transgender athletes and must be revised

Academics have called for a revision of the policies which restrict transgender men and women from competing in professional sporting events. 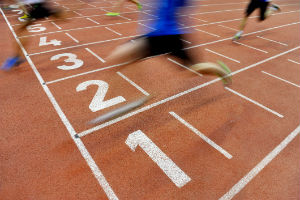 The research team, which includes Bethany Jones, a PhD student within the School of Sport, Exercise and Health Sciences, at Loughborough University, found that the majority of transgender sporting policies were discriminatory against transgender people, especially transgender males (individuals who were assigned female at birth of the basis of their sex characteristics, but who identify as male).

They looked at the policies from 31 professional national and international organisations including the English Football Association, the Rugby Football Union and the Lawn Tennis Association – as well as some smaller groups such as the UK Roller Derby Association and the International Quidditch Association – and reported their findings in a paper entitled Sport and Transgender People: A Systematic Review of the Literature Relating to Sport Participation and Competitive Sport Policies.

The study highlighted the trend that most policies unfairly alienate transgender competitors based mainly on an unsubstantiated assumption that transgender females possess an unfair sporting advantage.

However, after reviewing all of the associated, available research in this area the researchers found no evidence to suggest that transgender females had any athletic superiority in sport.

Bethany said: “Within competitive sport, the athletic advantage transgender athletes are perceived to have appears to have been over-interpreted by many sport organisations around the world.

“It is a commonly held belief that androgenic hormones (especially testosterone) confer an athletic advantage in competitive sport.

“Therefore transgender female individuals, because of high endogenous testosterone levels, are perceived to hold an advantage.

“Transgender men are not thought to possess an athletic advantage, despite being injected with testosterone if they chose to medically transition with cross-sex hormones.

“However, there has been a paucity of research that has directly explored how androgenic hormone levels are associated with athletic competence in both cisgender (non-transgender) and transgender populations.

“Some sporting organisations are therefore excluding transgender competitors on the basis of unscientific assumptions.”

The research team also found that the majority of transgender people reported a negative experience when engaging in competitive sports or any sport-related physical activity.

Discrimination, a lack of a safe and comfortable environment, and the restrictions that sporting policies place on transgender competitors were all factors which kept transgender men and women from visiting gyms, sports clubs and from taking part in physical activity.

Dr Emma Haycraft, a Senior Lecturer in Psychology in the School of Sport, Exercise and Health Sciences, at Loughborough University, and the senior author on the paper said that these negative experiences around sport and activity are having a much further-reaching, negative, social and psychological impact.

She said: “Rather than alienating athletes, efforts need to be made to create environments which are inclusive and that allow transgender people to more easily access the mental and physical health benefits which can be brought about by engaging in exercise.

“This is particularly important for transgender people who often experience symptoms of depression and anxiety, which could be managed with physical activity.”

The research was co-funded by Leicestershire Partnership NHS Trust and Loughborough University.