Research reveals the best way to burglar-proof your home 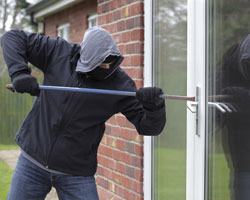