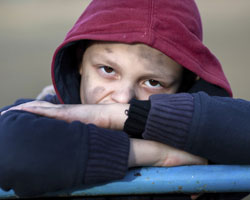 The new figures, complied by the University’s Centre for Research in Social Policy (CRSP), provide a child poverty map of the whole of the UK. The figures are broken down by parliamentary constituency, local authority and ward.

The figures reveal the wide disparity in poverty rates across the UK, between regions and striking variations even within regions. London scores badly - containing ten of the top 20 constituencies with the highest child poverty rates in the UK and 14 of the 20 highest-rate local authorities.  However there is variation within regions. For example, in London, Bethnal Green and Bow has a child poverty rate of 49% compared to 15% in Richmond upon Thames. 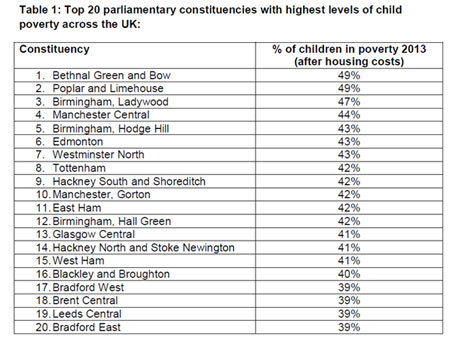 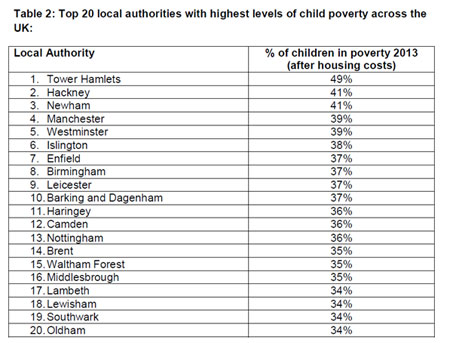 At a more local level, the map reveals more significant concentrations of child poverty: in 16 local wards, the majority of children are poor.

Chair of End Child Poverty David Holmes said: “These figures reveal just how widely and deeply child poverty reaches into our communities, even those areas generally regarded as well off. Far too many children whose parents are struggling to make a living are suffering as a result and missing out on the essentials of a decent childhood that all young people should be entitled to. We can and must do better for our children.

“Poverty ruins childhoods and reduces life chances. Failing to invest properly in children is a false economy: already child poverty costs the country £29bn each year and in the long run taxpayers will foot an even higher bill for correcting the damage.

“We are calling on politicians of all parties to urgently set out a clear roadmap towards ending child poverty which includes the additional actions neededand the measures by which progress will be tracked."

Donald Hirsch, Director of CRSP and an author of the report said:  “As well as drawing attention to some of the worst concentrations of child poverty in the UK’s big conurbations, our calculations highlight pockets of deprivation throughout the country.  For example in the East Midlands, in some parts of Leicester and Nottingham nearly half of children are in families who in poverty, once their housing costs have been taken into account.”