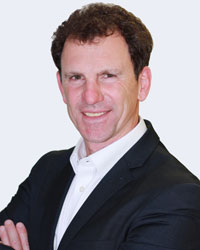 Loughborough University has today announced the appointment of John Steele as the new Executive Director of Sport.

Described by former Loughborough student Lord Coe, as ‘an exceptional sports leader’, John is one of the biggest names in sports administration.

He will join the University from his current role as Chief Executive of the Youth Sport Trust, building on an already strong partnership between the two organisations. He also recently took over from Steve Cram as Chair of the English Institute of Sport.

In his early career John served as an army officer having been trained at the prestigious Royal Military Academy Sandhurst, before moving into the corporate world.

Following a professional rugby playing career that spanned over 400 first class games with various representative honours, John became Head Coach at Northampton Saints, and led the team to their first ever major trophy by winning the European Cup.

He also became Executive Director on the Northampton Saints Board, has previously served on the England Rugby Board and was appointed as Chief Executive of the Rugby Football Union.

John was the Chief Executive of UK Sport, and during a six year tenure oversaw the unprecedented medal winning success achieved during the Beijing 2008 and London 2012 Olympic and Paralympic Games.

In his new role as Executive Director of Sport John will team up with his former colleague at UK Sport, Peter Keen, who recently moved to a new advisory role as the University’s Director of Sport Advancement and Strategy.

“It is a great privilege to take on this role, at a time when the University has some unprecedented ambition around student and high performance sport.

“It has been an absolute honour to have led the Youth Sport Trust and to have been part of an organisation that is positively impacting on the lives of millions of young people.

“I am looking forward to continuing to work with the Youth Sport Trust team as a partner in the future, and wish all the team the very best of luck in their continued mission to change young people’s lives through sport."

“I am delighted that we have appointed John Steele as our new Executive Director of Sport and attracted such a highly respected and successful figure within the sector.

“We have built our reputation on sporting excellence and believe that John has all the necessary credentials to take us forward and match our ambition to be the world leading University for sport.”

“There is of course never a good time for an organisation to lose a leader of John’s calibre, but he leaves the Youth Sport Trust in a strong position, with our portfolio of work extensive, and our future direction clear.

“This is a tremendous opportunity for John and will place him at the heart of new and exciting developments in student and high performance sport at the University. This is also good news for the Youth Sport Trust which is currently developing a long term partnership with Loughborough University.

"In John’s time with us, he has looked to review and improve the way that we work – undertaking a comprehensive Business Review process, which led to the introduction of our Strategic Plan 2013-18. I firmly believe this process has made us a stronger organisation.”