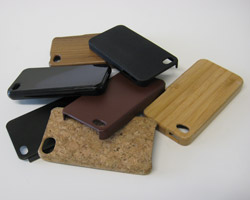 A Loughborough University researcher has appealed for people interested in moving away from the ‘throw-away’ society to attend a symposium on extending the life, and improving the recycling, of personal electronic devices like mobile phones.

Dr Debra Lilley is hoping to attract people from government and industry as well as fellow academics and researchers to the conference at St Martin-in-the Fields, London, on Tuesday, May 20.

Dr Lilley and her colleagues will present their initial findings from the first year of a £1.2 million, three year project aimed at improving the use of resources in the electronics industry and encouraging a move to a circular economy with zero waste.

The researchers are investigating how materials and product service systems for devices like mobile phones can be developed to optimise the recovery and re-use of components and materials.

That is due to the rapid turnover in mobile phones, particularly among young people aged 18-25, which often end up in landfill sites instead of being recycled, resulting in the loss of rare metals.

Some of their ideas include the development of:

The project addresses the subject with a combined engineering, scientific, social and environmental approach that will help to keep valuable resources, such as scarce metals, in a closed loop rather than allowing these to become dispersed.

It is led by Bath University’s Dr Janet Scott, and Dr Lilley’s research is on the concept of ‘emotionally durable design’.

She is investigating why people throw products away in a bid to help designers create goods which will induce a stronger emotional attachment among consumers.

She has conducted several studies but says it’s too early to draw any conclusions about why people discard phones early because the data is still being analysed.

“We have found that there is a really wide range of factors and it differs from person to person, and product to product,” said Dr Lilley, Senior Lecturer in Design in the Design School.

“One of our case study products has been mobile phones because they get discarded really quickly.

“We are just about to start a trial with phones which have different materials for the casing, and get people’s reaction to them. We are doing that with materials which are both pristine and artificially aged.

“We are targeting 18-25-year-olds because a lot of data says that is the age range with the fastest turnover.

“So they are the people we want to encourage to think differently about consumption and products.”

Dr Scott and Dr Lilley, and the other academics from the universities of Newcastle, Oxford and Surrey, will give talks on their research at the symposium, and there are also guest speakers, including Sophie Thomas, from the Royal Society of Arts, and Rodrigo Bautista and Louise Armstrong from Forum for the Future.