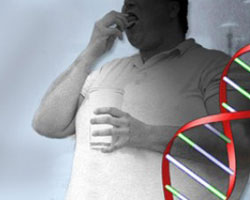 Loughborough University researchers have appealed for as many volunteers as possible to take part in a study aimed at understanding how exercise affects how much people eat.

They want to establish a database of males for a study designed to help them in the fight against obesity.

Scientists know that variations in people’s genes can cause changes in the release of ghrelin, a hormone released by the gut that stimulates appetite. What they do not know is how exercise affects those genes.

By studying the effects of exercise on gut hormones and appetite in people with variations of obesity-related genes, they hope to be able to come up with effective treatments for obesity.

The researchers already have 100 volunteers but need more for their database. After an initial 60 minute consultation, some will be invited back for further visits involving exercise.

The study is being financed by Loughborough University and University College London at a time when obesity has reached epidemic levels.

In the UK, 26 per cent of adults are considered obese, while the proportion of healthy weight men and women is less than 50 per cent.

Lead researcher James Dorling, from the School of Sport, Exercise and Health Sciences at Loughborough, said: “It has been shown that variations in certain genes have been linked to obesity and type 2 diabetes.

“Some of these variations alter the levels of a hunger hormone in the blood known as ghrelin, so people who have harmful versions of the gene are more predisposed to obesity through increased hunger.

James said the research was vital. “We are in an obesity epidemic, and the costs for the NHS are huge.

“We are beginning to realise that the one-size-fits-all treatment for obesity is wrong and we are looking to find efficient treatments for weight management and health based on genetics.”

All volunteers will receive detailed feedback on their own results.