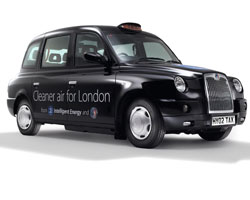 Insider Growth 100 is an annual list that highlights the Midlands businesses which have grown at the fastest pace over the past five years, ranking them by the average annual growth in turnover.

In January 2014, Intelligent Energy signed a multi-million dollar, multi-year agreement with NSR controlled Ascend Telecom Infrastructure Private Limited to provide cost-efficient power for telecom towers across India in a landmark deal set to be replicated across other emerging markets. In the same month, the company partnered with the US retailer and product development company, Brookstone to launch the Upp™ personal energy device which delivers at least one week of charge even to the most demanding, power-hungry smartphones.

These recent highlights build on a wealth of achievements for Intelligent Energy which include the 2013 announcement by SMILE FC System Corporation, a Joint Venture formed with the Suzuki Motor Corporation, of the completion of a ready-to-scale production line in Japan to ultimately supply fuel cell stacks for integration with Suzuki vehicles.

Intelligent Energy now numbers more than 350 highly skilled employees, and works closely with Loughborough experts as well as global industrial partners on a range of projects. In 2013, the company was ranked 15th in the Deloitte Fast 50 with 1,333% revenue growth over five years.

Professor Steve Rothberg, Loughborough University Pro Vice Chancellor for Enterprise, commented on Intelligent Energy’s position as the Midlands’ fastest growing company: “This is a well-deserved accolade and excellent news for the local economy.” He continued: “With the fuel cell technology research originating at Loughborough in 1988, I am proud of the fact that our Science and Enterprise Parks now provide the base for Intelligent Energy to continue to innovate and expand globally.”