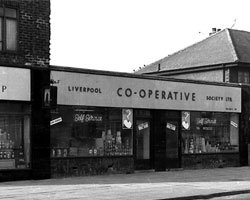 LU Arts is running a number of events for staff, students and members of the community to get involved in this month.

The events are part of the Market Town programme, which has invited artists, designers, and architects to respond to the findings of the Portas Review (2011) and explore the future of Loughborough and its high street. The programme is offering a range of artist commissions and events that will continue until spring 2016.

A seminar titled ‘Identity, Civic Pride and Civic Place’ will take place next week. The seminar discusses what design offers in terms of developing the identity, structure and meaning of a place. It will also investigate how design can creatively connect with the community to reimagine and reinvent public spaces that are used by local people.

A number of guest speakers will also be attending the event to offer their insight. These include: Robert Harland, Lecturer in Visual Communication from the University’s School of the Arts, English and Drama and Patrick Lacey from Åbäke, a graphic design collective.

A second event, which will take place at the start of October, is a discussion evening entitled ‘How to Run a Co-op?’, also organised by LU Arts.

The event will explore different options for organising and running co-operatives and other social enterprises.

Leicester-based organisation Co-operative and Social Enterprise Development (CASE) who deliver advice and support to people-centred enterprises will be speaking at the event. Also speaking are ecologically-minded printers Footprint Workers' Co-operative from Leeds. Both talks will be followed by short Q&A sessions in smaller groups.

This event is also free to attend and will take place at Market Town Corner on 1 October from 5:30pm – 8.30pm. To book, please click here.

Both events have been organised through the LU Arts Radar Programme. Further information can be found at http://www.arts.lboro.ac.uk/radar/events/