Tackling the under-representation of BME coaches in professional football 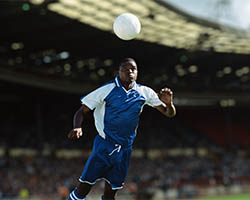