Business people prefer working in their cars instead of noisy and cramped trains, planes and airports, research shows 25 March 2015 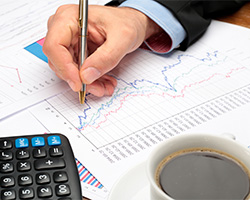 Noisy and cramped conditions in trains, planes and airports are discouraging many commuters and business people from working while travelling, new research shows.

Dr Donald Hislop, Reader in Sociology of Contemporary Work at Loughborough University, and Dr Carolyn Axtell, Senior Lecturer at the University of Sheffield’s Institute of Work Psychology, found that the most popular place to work was in vehicles in the car park of a motorway service station.

In a paper in the journal Work, employment and society, sociologist Dr Hislop and psychologist Dr Axtell say ‘significant variations’ in noise and lack of space ‘inhibited people’s ability to work’ on trains and planes.

They analysed 681 completed survey forms handed out on intercity trains in the East Midlands, an M1 motorway survey station in the Midlands, and a regional airport in southern England. This was the first survey of how the working conditions of professionals travelling by car, plane and train affected their use of laptops, mobile phones and paper.

The researchers found that 42% of respondents worked ‘quite a lot’ or a ‘great deal’ in trains; 29% did so at the airport; 13% on the planes; 44% in a motorway service station car park and 22% in a service station building.

Analysing the data they found:

• On the trains, 55% said they found lack of space as hindering them working, and 23% said noise hindered them

• At the airport, 47% said that noise hindered them working, and 39% said it was lack of space

• At the motorway service station building, 38% said it was noise, and 23% lack of space.

The researchers said: “An initial observation is that with the exception of time spent on board planes, where significant restrictions on technology use operate, business travellers worked extensively when travelling.

“However, while business travellers have the potential to work while undertaking business trips, this does not mean that they either want to or are able to work.

“Overall, this data highlights significant variations between journey stages in terms of the extent to which the factors examined inhibited people’s ability to work. They highlight that the two journey stages during which business travellers were most likely to work extensively were when in train carriages and sitting in their cars in service station car parks.

“In relation to time spent at departure airports, between 35% and 45% of respondents reported constraints of noise, space and time as all having a reasonably negative impact on their ability to work. In contrast, in relation to time spent on board planes, constraints of space had by far the greatest negative impact on people’s ability to work with fully 70% of survey respondents reporting this to be the case, whereas only about 15% said the same about constraints of noise and time.”

The researchers said the findings were because their work ‘reinforces the argument that for many managerial and professional workers, spending time undertaking work-related journeys does represent an increasingly important domain of work’.

Work, employment and society is published by the British Sociological Association and SAGE.