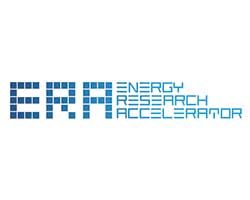 The Government has today confirmed £60 million for a new energy research project in the Midlands. The Energy Research Accelerator (ERA) is a multimillion research hub which will build on the expertise of six leading midlands universities, the British Geological Survey and the surrounding industrial base to deliver a step change in energy research and development, securing the UK’s leadership position in the sector.

As well as the Government’s commitment of funding for the initiative, it will also see major investments from industry partners.

George Osborne MP, Chancellor of the Exchequer, said:“The Midlands is an engine of manufacturing growth so we are today giving the go ahead to the £60 million investment in the new Energy Research Accelerator that they have sought.”

The Energy Research Accelerator will build upon the power of advanced manufacturing, multi-disciplinary research and industry expertise within the Midlands Region and the leadership of the M5 Group of Universities by supporting the exceptionally strong regional industrial base to harness the potential of its cities, as well as by bringing together leading academics in energy research with a proven track record of successfully working at the interface of academia, policy and industry.

The Energy Research Accelerator will develop new ways to reduce energy costs in manufacturing - adding competitive advantage to the UK in today’s global markets - and will catalyse new research to secure the UK’s international lead in new energy technologies across the region’s leading universities, develop and deploy technologies, as well as create significant inward investment for the region and the UK.

The creation of the Energy Research Accelerator will also:

Commenting on the announcement, Professor Robert Allison, Vice Chancellor and President of Loughborough University, said: “The world’s expanding population is increasing the demand for cooling. The provision of ‘cold’ technologies – for use in buildings and supermarkets, food preservation and medicines, for example – is becoming a significant energy demand.

“We are delighted to be able to help to secure the UK’s competitive advantage in the global market for cooling with the launch of the Energy Research Accelerator, which will lead the way in new energy technologies.”

The Energy Research Accelerator will operate demonstrators in both the city and campus environments and harness the potential of advanced manufacturing, enabling the faster deployment of new technologies to deliver competitive advantage and a step change in economic impact.

About the Energy Research Accerlerator

The Energy Research Accelerator is based around a founding partnership between the six leading UK Universities in the Midlands region of the UK and the British Geological Survey (BGS) working with multiple industry partners. It will create new transformative and disruptive technologies that can be deployed in the Midland’s growing manufacturing sectors in automotive, aerospace, energy and rail, creating new products for the UK and for the global market. It will provide new pathways to clean and resilient integrated energy systems that can be demonstrated and owned within the city communities in the Midlands.