Volunteers wanted for new study: Can wearable technology help you to be more active by reducing your sitting time? 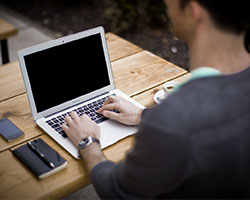 This study, part of a student research project, will look into whether wearable technology can be used to help you to become more physically active by reducing the amount of time spent sitting.

Criteria for volunteers are:

The study involves a total of four laboratory based sessions spread over nine weeks. The first is expected to last 10-20mins and the further three approximately 30-45mins. These sessions will take place in the Physical Activity and Sedentary Behaviour Measurement Lab in the National Centre for Sport and Exercise Medicine.

Participants are asked to fast over-night and to drink a glass of water at least one hour before the allocated laboratory session. This will help with acquiring an accurate measurement from the fingerstick blood test.

For Lab sessions 1-4 you will also be required to bring with you your iPhone 4S or later smartphone.

All information that is collected about you during the course of the research will be kept strictly confidential.