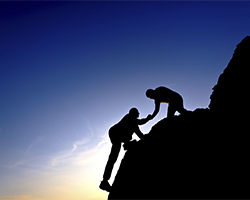 Surf Action was registered as a charity in 2011, having previously been a Community Interest Company. The charity's primary objective is to promote and protect the physical and psychological wellbeing of serving and former serving members of the armed forces, as well as the blue-light emergency services and their families who are living with physical and/or psychological difficulties as a result of their service. It also exists to assist their transition into civilian life.

Surf Action promotes good mental health through personal development, education and employment. It empowers its service users to lead healthy, fulfilled and independent lives and to become valued and active members of their community. Core to achieving this is the use of the 'Blue Gym' concept (the sea) and involves its service users in surfing and other high intensity water-sports.

In recent years, research has taken place which demonstrates that people can best support and enhance their own health and wellbeing by participating in regular physical activity. But while people are experiencing PTSD and many other severe stress-related conditions, they are blinkered to this fact. Surf Action’s intervention methods and joined up recovery tools and programmes give its service users the motivation and support that they need to succeed and lead a full and healthy life.

The charity has developed a ‘Joined-Up Recovery’ model - an integrated recovery approach which gives the service users and their families a bespoke pathway they can access in order to achieve the best possible outcomes for themselves and their community. Nick Caddick’s research has been invaluable in examining this concept. For further details, visit www.surfaction.co.uk.