Is there room for being both a sports fan and an employee? New research reveals impact of fandom on those who work in sport 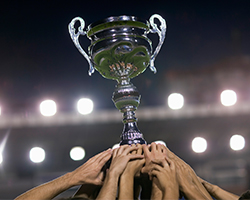