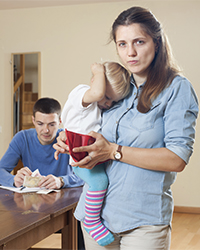 1. The report calculates the costs of a child based on the ‘minimum incomes standard' (MIS) – the income that people need in order to reach a minimal socially acceptable standard of living in the UK.   The MIS  is calculated by specifying baskets of goods and services (ranging from food, clothing, heating bills, to modest items required for social participation such as buying birthday presents) required by different types of household in order to meet this need. The cost of an individual child is calculated as the difference that the presence of that child makes to the whole family’s budget.

2. The Cost of a Child 2015 report was produced by CPAG as part of a programme of work on the cost of a child, also involving the Joseph Rowntree Foundation.

3. CPAG is the leading charity campaigning for the abolition of child poverty in the UK and for a better deal for low-income families and children.