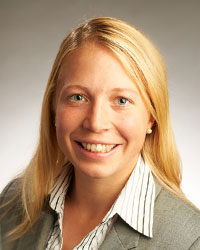 A Loughborough University PhD graduate has won an award from the British Psychological Society for her research on the stresses of performance sport.

Dr Rachel Arnold, who completed her PhD at the School of Sport, Exercise and Health Sciences shared the ‘Award for Outstanding Doctoral Research Contributions to Psychology’ with Dr Lauren Marsh from the University of Nottingham.

The award is made each year by the British Psychological Society’s Research Board to recognise outstanding contributions to psychological knowledge made in the course of completing a doctorate in Psychology.

Her second paper developed and validated a new indicator to measure those demands: the Organizational Stressor Indicator for Sports Performers (OSI-SP).

“I am delighted to receive this award from The British Psychological Society for Outstanding Doctoral Research Contributions to Psychology.

“I would like to thank my PhD supervisors Dr David Fletcher and Dr Kevin Daniels for their support during my doctorate.”

Dr Arnold, who studied for her BSc, MSc, and PhD at Loughborough between 2005 and 2012 was awarded the University’s Sir Robert Martin prize during her time here is now a lecturer in Sport and Performance Psychology at the University of Bath.

Dr Arnold won her award for these two papers:

Arnold, R. and Fletcher, D., 2012. A research synthesis and taxonomic classification of the organizational stressors encountered by sport performers. Journal of Sport and Exercise Psychology