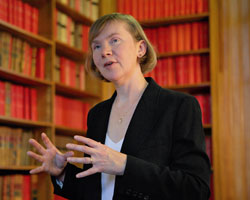 Professor Helen Atkinson CBE FREng, a Trustee Board member of the Royal Academy of Engineering, will visit Loughborough University next month (Wednesday 13 May) to discuss the connection between cornflour, ketchup and car parts!