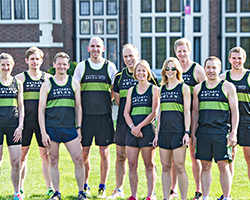 Anthony Nolan is a pioneering charity that saves the lives of people with blood cancer. Every day, we use our register to match remarkable donors willing to donate their blood stem cells to people who desperately need lifesaving transplants.