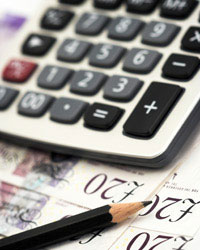 1.  Wages, taxes and top-ups is available to journalists under embargo by contacting the JRF press office.

4.  JRF is devising an anti-poverty strategy for the all age groups and four nations of the UK. Read more here: http://www.jrf.org.uk/work/workarea/anti-poverty-strategy

5.  JRF is a funder of research for social change in the UK. We aim to reduce poverty and strengthen communities for all generations. For more information visit www.jrf.org.uk.

6.  JRF is on Twitter. Keep up to date with news and comments @jrf_uk. For press releases, blogs and responses follow @jrfmedia.

7.  The Centre for Research in Social Policy (CRSP) is an autonomous research centre based in the Department of Social Sciences at Loughborough University.

8.  Loughborough is one of the country’s leading universities, with an international reputation for research that matters, excellence in teaching, strong links with industry, and unrivalled achievement in sport and its underpinning academic disciplines.