Director of the Centre for Olympic Studies and Research 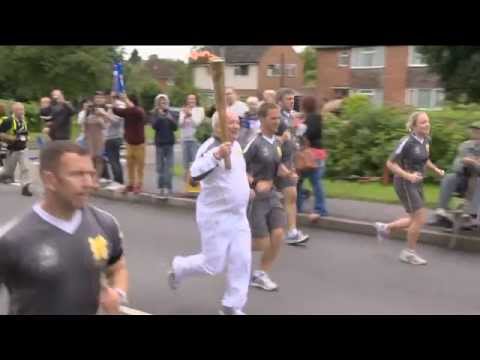 Ian Henry is Professor of Leisure Management and Policy and Director of the Centre for Olympic Studies & Research in the School of Sport and Exercise Sciences.

He graduated from the University of Stirling in 1975 with a degree in English and Philosophy before completing a masters degree in Recreation Management (1976) and a PhD (1987) both at Loughborough University.

From 1976-1980 he worked in facility management and sports administration in local government, before taking up lectureships at Ilkley College in 1980, Leeds Polytechnic in 1987 and Loughborough University in 1989.

In 2001 he was Visiting Professor at l'Université Aix-Marseille II (l'Université de la Méditerranée), in 2006 at Hitosubashi University, Tokyo, in 2007 at University of Technology, Sydney (at the School of Sport. Leisure, and Tourism and the Australian Olympic Studies Centre) and at Taiwan National Sports University in 2009, and at Ren Min University, Beijing in 2014.

Ian Henry’s principal research interests are focused in issues relating to sport and leisure policies, politics, and governance at the transnational, national, urban and regional levels, and in relation to Olympism and Olympic policy. Recent funded research has focused on four areas.

Work in this area includes two pre- and post hoc evaluation studies of the impacts of the London 2012 Games:

‘Meta-evaluation of the Impact of the Legacies of the London 2012 Olympic and Paralympic Games (undertaken of the Department of Culture, Media and Sport in partnership with Grant Thornton and ECORYS Consultancies (2009-2013)

An Evaluation of the Impact of the London 2012 Games on a Non-hosting Region (PhD studentship held by Shushu Chen, and funded by Leicestershire and Rutland County Sports Partnership, emda and local authority partners. (2010-2013)

In relation to the 2020 Games Professor Henry and Bora Hwang and Colette Sisofo are currently working on two  Systematic Reviews and Meta-narrative Analyses of ‘Sporting Integrity and Integrity in Sport’ and of ‘Olympism, Olympic Values and Olympic Education’ in partnership with the Centre for Olympic Studies at Tsukuba University.

In 2015 the European Parliament commissioned a policy review of The Role of Sport in Promoting Open and Inclusive Societies which was presented to the Culture and Education Committeein September 2015. This work followed on from earlier European Commission funded studies on Sport and Multicultural Dialogue in Europe, and on The Roles of Sport and Education in the Social Inclusion of Asylum Seekers and Refugees: An Evaluation of Policy and Practice in the UK. Ian Henry was subsequently invited to present the European Sports Intergroup in December 2015 on Sport and the Social Integration of Refugees and Asylum Seekers in Europe.

Recent funded studies under this heading include the following:

Development of an Evaluation methodology for evaluation of three Bids to Host the Universal Expo of the Bureau International des Expositions 2020: Dubai, Ekaterinburg and Izmir, commissioned by the government of the UAE, 2014. Henry, I and Preuss, H (University of Mainz)

Evaluation of the Active Women Programme undertaken for Sport England by IFF Research and I. Henry, 2011- 2014