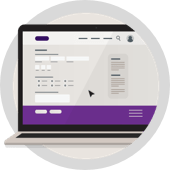 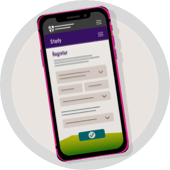 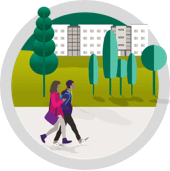 Photochemical water splitting with molecular catalysts provides a promising route toward sustainable hydrogen production. At the heart of this process lies a molecular photosensitizer along with a catalyst. Whereas such photoredox catalytic systems are well-established in other areas of synthetic chemistry, it is a particular challenge that photocatalytic water splitting requires a multielectron process where several electrons are accumulated in one molecular unit.

A promising new paradigm for molecular systems that can accumulate several charges is provided by a class of recently developed macrocycles based on paracyclophanetetraene [1,2], where multiple charges can be stabilized with the occurrence of global aromaticity in the macrocycle. Their use in multielectron photoredox catalysis is being investigated in the on-going EPSRC project EP/V048686/1 in collaboration between Imperial College, London, and Loughborough University. It is the purpose of this project to support these efforts with detailed computational studies.

During this project you will join Dr Plasser’s group at Loughborough to perform cutting edge research in computational chemistry. The research is closely tied with experimental collaborators at Imperial College. You will learn how to run a variety of quantum chemistry computations and how to interpret the results in terms of local and global aromaticity. You will learn how to deal with large amounts of data, to automate the required tasks using scripting languages and will have the chance to acquire more sophisticated computer programming skills. You will learn how to communicate the results with colleagues working in experiment and theory via posters, oral presentations, and scientific publications.

Applicants should have, or expect to achieve, at least a 2:1 Honours degree (or equivalent) in chemistry, physics or a related subject. A relevant Master’s degree and/or experience in computational chemistry will be an advantage.

All applications should be made online. Under programme name, select Chemistry. Please quote the advertised reference number: CM/FP-Un2/2023 in your application.

To avoid delays in processing your application, please ensure that you submit the minimum supporting documents.