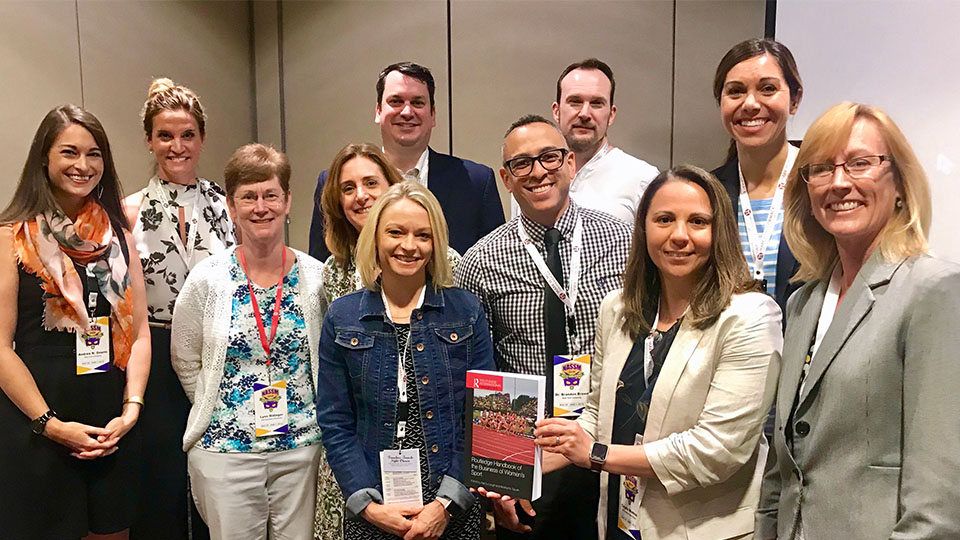 Dr Andrea Geurin, a Reader within the Institute for Sport Business at Loughborough London and the Programme Director for MSc in Sport Marketing, has co-edited a book that focuses on the different aspects of the business of women’s sport.

Alongside Professor Nancy Lough from the University of Nevada Las Vegas, the academics collated research from over 71 scholars at universities around the globe to create the Routledge Handbook of the Business of Women’s Sport.

Topics covered in the book include management, governance, leadership, media, economics, sociology, legal issues, and marketing. Lough and Geurin’s main goal was to ensure the book included chapters that could be used in a variety of sport management classes.

The authors hope that this will tackle the issue of women’s sport being left out of teaching.

Before joining Loughborough, Dr Geurin worked at New York University in the Tisch Institute for Global Sport as a Clinical Associate Professor and the Academic Director for Graduate Programs. During her career, she has also worked at universities in Australia and New Zealand, as well as Indiana and California in the USA.

“I’m very pleased now that the book has been published. We’ve received very positive feedback from scholars and colleagues around the globe, who have echoed our concerns that a book such as this was needed in our field.

“My co-editor Nancy and I have been able to contribute to the growing conversation around women’s sport in media interviews since the book was published.”

“Its publication was quite timely given the FIFA Women’s World Cup took place in June and July and broke viewership records in several countries. We’re excited by the reception that the book has received thus far and hope to publish a second edition of it in the future.”