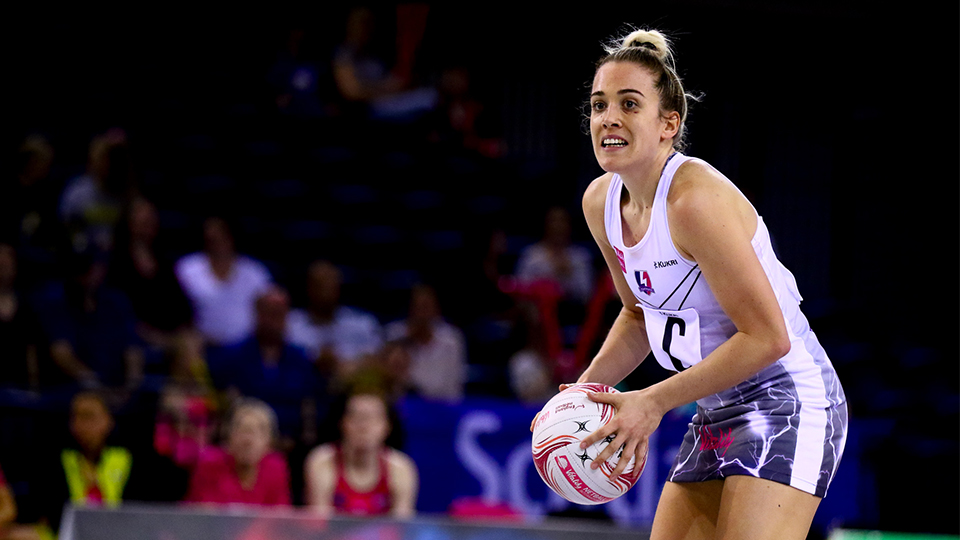 Nat is part of a 14-strong squad who will travel to face the South Africa SPAR Proteas in a three-match test series from 29 November – 1 December, which will be the first time they have played one another since the Vitality Netball World Cup in July.

Despite not being a part of the full-time Roses programme, Jade chose to trial for the highly anticipated international series and was eligible to do so via the P3 route as she has played in more than 65% of games in the Vitality Netball Superleague this year.

Thirlby said: “I am really looking forward to heading to Cape Town with the Roses for what is set to be an unmissable series.

“I’m also delighted to be welcoming the likes of Jade Clarke back into the fold after their World Cup campaign and look forward to seeing more of those World Cup athletes returning to the court in 2020.

“The last time the Vitality Roses faced the SPAR Proteas was in Liverpool at the Vitality Netball World Cup when they beat them to the podium in the bronze medal match, so it will be really exciting to see these two strong sides face each other once again.”

The Vitality Roses will action on the following dates:

Viewers can watch the excitement unfold live on Sky Sports and keep up to date with all the news from the series via the official England Netball Twitter account.

This will be the Vitality Roses’ last tournament before they play New Zealand, Jamaica and South Africa in the Vitality Netball Nations Cup on home soil in January 2020. Tickets are available to purchase via the England Netball website.