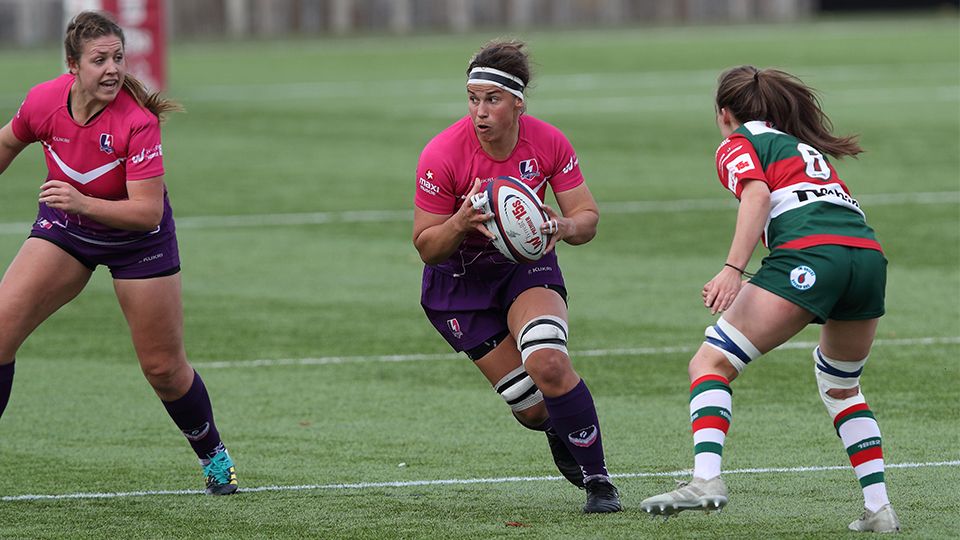 Rachel Malcolm (centre) is one of ten Lightning players called up to international duty.

Loughborough Lightning is pleased to announce that ten of its players have been selected for international duty.

Flanker Rachel Malcolm has been picked as Scotland captain for the season ahead and will be joined by fellow Lightning teammates Sarah Bonar, Rhona Lloyd, Jenny Maxwell, and Helen Nelson, with Nelson supporting Malcolm as the team’s vice-captain.

A further five players have also been selected to represent England for Saturday’s Quilter International versus France at Sandy Park, Exeter.

Lark Davies, Sarah Hunter, Katy Daley-Mclean, Emily Scarratt, and Detysha Haper have all been given the nod. Hunter will wear the captain’s armband whilst Scarratt has been awarded the responsibility of vice-captain.