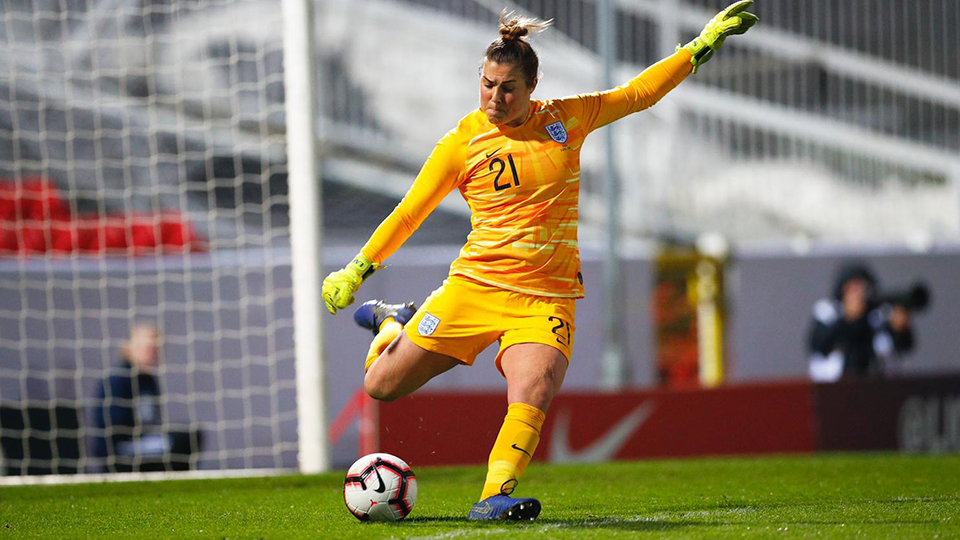 Mary Earps has been selected to represent England at this summer’s Women’s World Cup.

The goalkeeper studied Information Management and Business Studies between 2012 and 2016 and graduated with an upper second-class honours degree (2i).

In an unprecedented move, each squad member’s inclusion was announced by a high-profile celebrity, with Mary’s selection made official by BBC Radio 1 DJ, Clara Amfo.

The tournament takes place in France between the 7 June – 7 July 2019.