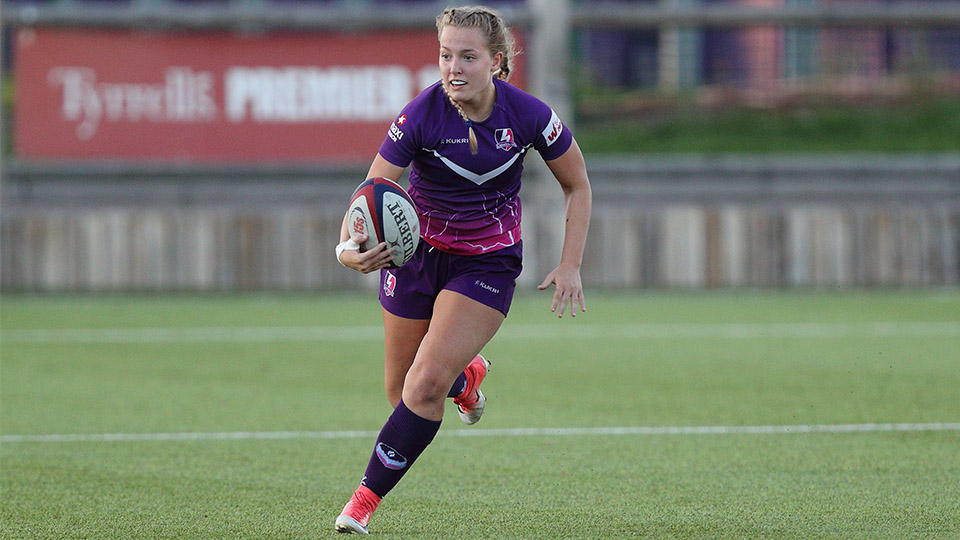 Following a seven-week break during the 2019 Six Nations Championship, Lightning look to strike the top of the table, as they host Saracens Women, in a triple header day of action at Loughborough this Saturday.

Saracens currently dominate the top spot, after only falling to defeat once this season against Harlequins Ladies in round six. Since this early defeat, the London based side, famous for their physicality, have been formidable in both attack and defence securing 13 Try bonus points across the season so far. Lightning know they will have to take control of the game from the outset both physically and tactically if they are to get the win.

“Looking ahead to this weekend, it’s great to be back after the Six Nations break. Being able to see our players performing for their countries was fantastic and watching England win the Grand Slam in such a ruthless fashion was amazing. Sarah, Emily, and Katy were all pivotal to England’s success, but for me seeing Cath O’Donnell raise her game and be a stand out player this tournament is testament to not only her, but our programme and the support and development that we can offer this level of player.”

Commenting on the game ahead he said:

“Back to this week, its great to have our international players back in the squad preparing for TP15s, they help others in the squad thrive and that is what you want in leaders. Going in tomorrow against Saracens is going to be a tough game, especially after the break, but there is no better challenge with play-offs coming up and it’s a perfect opportunity to see where we are and to test ourselves against the best. No doubt it will be a testing game, but the girls can’t wait to get back on the field, pull the purple jersey back on and play.”

For further info head to: http://loughboroughsport.com/womens-super-rugby/