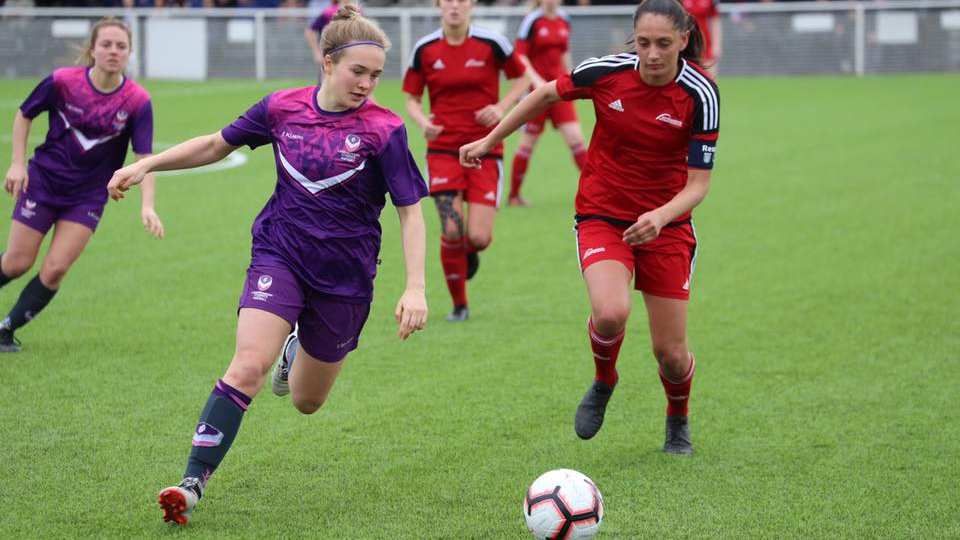 Loughborough Students Women’s football have had a tough few seasons fighting off relegation worries to remain in the BUCS Premier North. It’s been seven years since the side have reached a cup final and went into yesterday’s gold medal clash as definite underdogs desperate to cause upset.

In a performance that can only be described by the strength and character of its players, to come so close in a match against Northumbria, a side that remains undefeated all season and has a strong prominence in the finals of this competition was a feat in itself.

Prior encounters with the northern giants resulted in a 4-1 and 7-1 loss this season, coming just short by one is truly heartbreaking for the Loughborough side.

Just as kick-off got underway at Basford United both sides started well until a clash between Loughborough’s keeper and defender in just the third minute saw a suspected concussion and ended keeper Chloe Jones’ day. With no named keeper on the team sheet, first-year student and outfield player Rhianna Meehan stepped up. In the dramatic events succeeding, Northumbria got into their strides putting two across the line in quick succession.

However, Loughborough heads didn’t drop, as the belief of the team and the many supporters who filled both stands inspired the side to continue to build and threaten the opposition. Winning multiple personal bouts, Loughborough’s drought found some hope as a headed effort from Charlotte Greengrass hit the back of the net delivered from an ‘ off the training ground’ corner by Nat Taylor.

Soon after, Grace Stanley powered her way through taking on a 1v1 with the Northumbrian keeper successfully slotting it home. Score leveled, supporters cheering, the atmosphere was African Violet.

The half-time whistle blew as the scores were even. Loughborough were most certainly still in it.

As the match resumed, for the first time in seven years the belief was there, Loughborough had a real chance of grabbing gold.  But this was soon shattered by Northumbria adding one more to their total in what was eventually the match decider.

To concede by one goal to an undefeated team is a bittersweet feat for a team that was fighting relegation the last few years. The match was a real testament to the growth and quality of women’s football more broadly and we’re excited to see the future of women’s football at Loughborough develop further.

“‘We’re immensely proud of our season, and although we couldn’t make it gold, we have made history. The performance yesterday was typical of the players resilience and character all season and the development was evident throughout. It’s extremely exciting to see what the future holds for all players in this team.’”

To get involved with Women’s Football at Loughborough click here