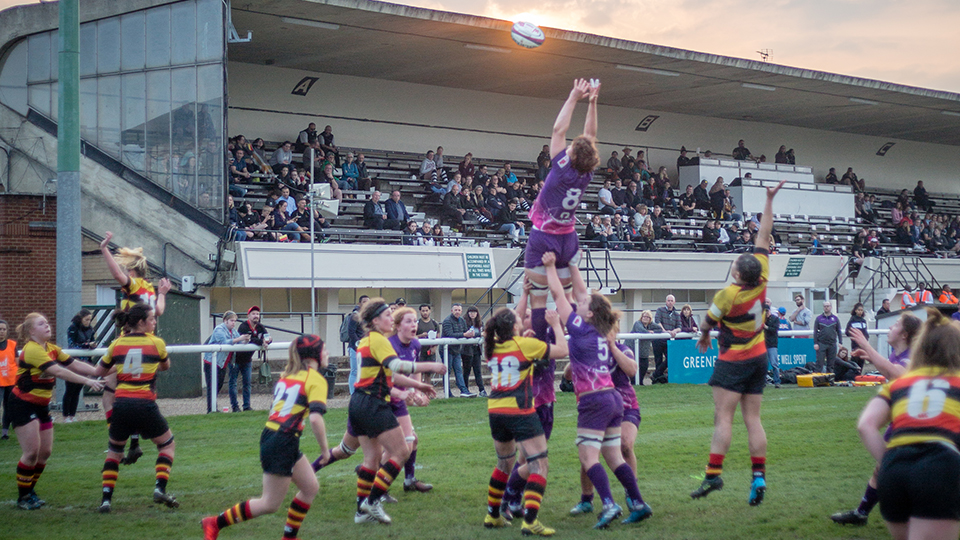 With play-offs against Harlequins only two weeks away, Lightning were looking to end the final game of the TP15’s league well prepared with a final win under their belts.

After a scrappy first 10 minutes from both sides, Lightning found their mojo. After defending well in their 22m, Emily Scarratt broke Richmond’s defensive line and offloaded to Carys Williams who flew down the wing to dot down for Lightning’s first try of the game. With Lightning’s backline dominating in attack a flurry of try’s followed, Emily Scarratt, Charlotte Pearce and Ella Wyrwas all crossed the white wash to see Lightning head into half time 20-0 ahead of the home side.

After a dominant first half performance from Lightning’s backs it was the turn of the forwards to start the game strong. With Lightning dominating the set play it was not long before Sarah Hunter secured her first try of the game from the back of a driving scrum, extending the lead to 27-0. With Lightning firming in the driving seat and challenging Richmond out wide, a further two try’s from Olivia Jones and Carys Williams saw Lightning storm ahead to 41-0. A final attacking flourish from Lightning saw Leah Bartlett score on the final whistle off the back of a driving maul ending the game 46-0.

Lightning will now have two weeks to prepare for their play-off game against Harlequins at the Stoop on the 14th April.