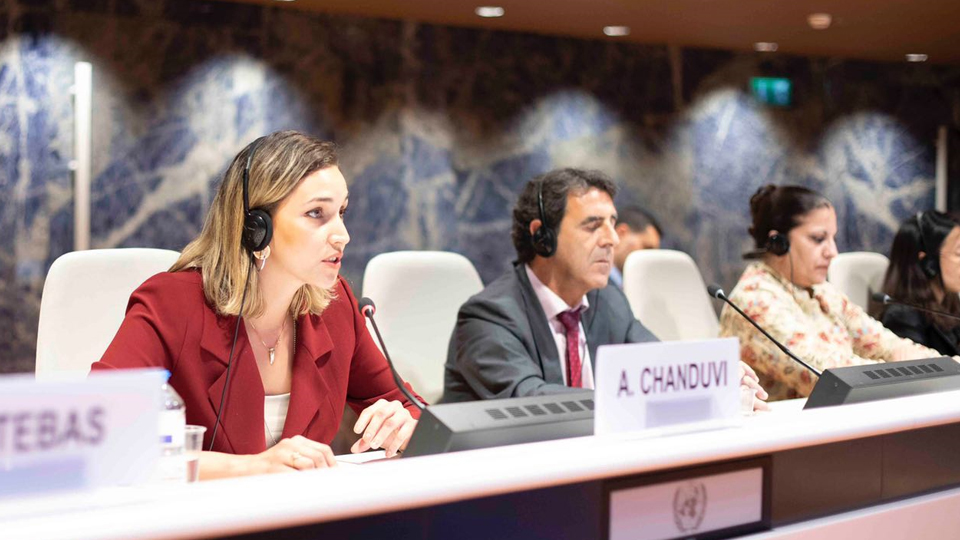 Last week, Loughborough University was named the best university in the world for sports-related subjects for the third year running by QS Ranking. This sensational global sporting reputation has fuelled students past and present, in their ambitions to impact the sporting world and carry on the Loughborough legacy.

Alumna, Anna Chanduvi, graduated from Loughborough in 2015 with a first-class honours in Sports Management. Following the success of her academic endeavour, she has gone on to achieve world-leading excellence in her post-University career, notably making the ’30 under 30’ list for future leaders in sport earlier this year. Chanduvi has gone on to become a sports media professional, entrepreneur, guest lecturer and public speaker. Chanduvi is the embodiment of Loughborough drive and success, utilising her strengths to become a prominent advocate for Women in Sport.

Although here at Loughborough, we take great pride in the fact that we are moving forward with female equality in sport, it is most certainly not the same everywhere else. 40% of women in sport face gender discrimination and speaking more specifically, publicly funded National Governing Bodies have only 18% of female Chairs up in the boardroom. Again, as Loughborough students we are used to thriving off both female and male sport in the bubble, but there are statistics that are astonishing beyond that bubble. Back in 2014, it was found that Women’s Sport makes up only 7% of the total media coverage in the UK, and a record-breaking low of a mere 2% of national newspaper coverage was seen to be dedicated to Women’s Sport.

Anna Chanduvi is someone that works incredibly hard alongside other advocates, campaigns and programmes, to raise awareness of Women in Sport who have accomplished truly amazing feats, that do not necessarily reach the limelight of contemporary sports media. Alongside a committed and driven team, she has recently formed the WBR network, which stands for ‘Women breaking records’. Because, although it may be hard to believe for some, that is what they do. Women break records. And now, there will be a media presence dedicated to those powerful women, helping to empower the next generation of Women in Sport.

This exciting new venture will be launching with an interview series called “Off the Record With” (#OTRW) on the 8th of March, which is also International Women’s Day, with the first episode exploring the fantastic story of Van Balachander, who is the Vice President of Global Partnerships EMEA, NBA.

If a CV tells the story of an individual’s career, Off The Record With is their story of how they got there. This original interview series features a variety of women in sports, in a variety of roles from the NBA to FIFA, Premier League to DAZN, Copa90 to Nike but with a common aspiration to make an impact. Watch on @WBRNetwork Instagram or Facebook to find out more!

“At WBR Network, our mission is to share stories of women breaking records. Inspired by modern culture our aim is to creatively showcase authentic and diverse experiences of women in sports while building a community for everyone to thrive.

I’m so excited about this show because it explores the type of jobs available in sport through the eyes of incredible female execs. It’s all about their story and how they got to where they are. This is content I wish I had access to as a student."

Be sure to support our alumna and Follow WBR on Instagram (@wbrnetwork) or join the WBR Facebook Community to find out more. You can also share your stories using the hashtag of #sharingstoriesofWBR and #WBRNetwork.