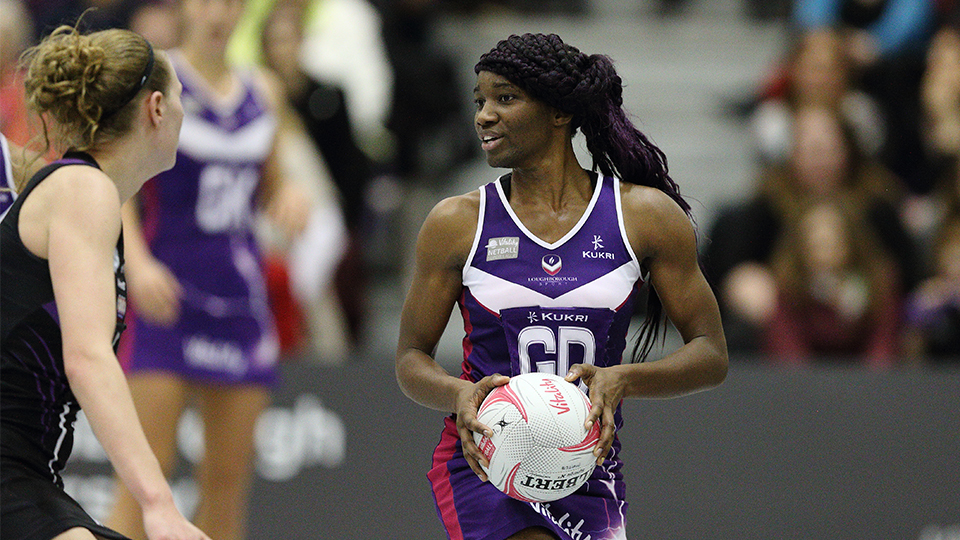 Two Loughborough University alumni have been recognised for their contributions to sport in the 2019 Queen’s Birthday Honours list.

Alumna Ama Agbeze (Finance and Management, 2007) has been appointed an MBE (Member of the Order of the British Empire) for services to Netball.

As well as captaining England, Ama also played for the Loughborough Lightning side, last representing them in 2018.

Nicholas Sanders (Physical Education and Sports Science, 1982) joins Ama in receiving an MBE. He is recognised for services to Endurance Cycling and Motorcycling. He was the first person to attempt these timed endurance journeys, and many of his challenges have been documented on television.

The alumnus has circumnavigated the world seven times and in 2005, he achieved this in 19 days and four hours on his motorcycle, setting a world record.

Amongst his other achievements, Nicholas also holds the world record for cycling the coast of Britain in 22 days.

Congratulations to Ama and Nicholas on their achievements and recognition.