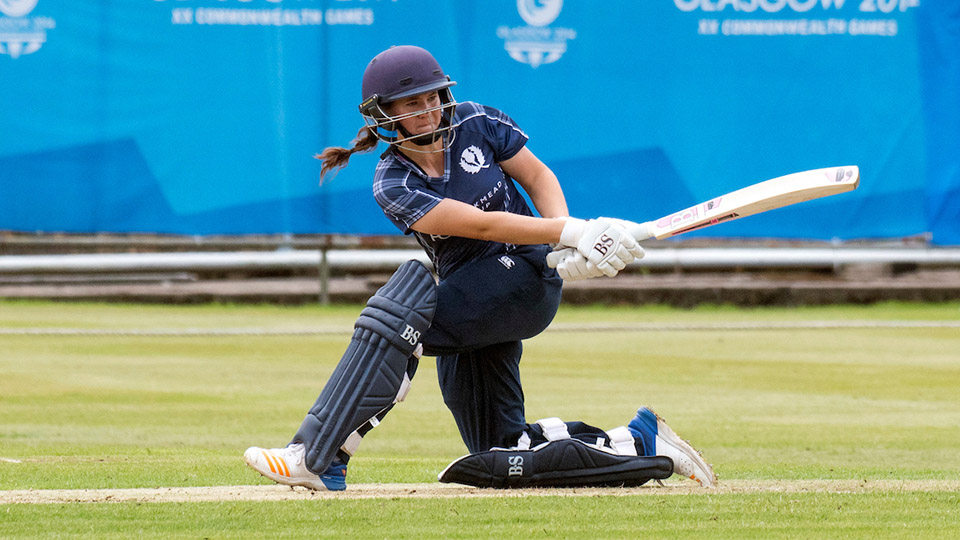 Lightning are thrilled to announce Scotland Captain and Loughborough University student Kathryn Bryce as their first signing of the 2019 Kia Super League season.

Although one of the youngsters of the Lightning squad Bryce, who is studying Sport and Exercise Science at Loughborough University, will bring a wealth of international experience with her having represented her country since the age of 13.

During the WBBL Kathryn was selected to be part of the ICC Associate Rookie Programme for the Melbourne Stars which gave her the opportunity to train alongside some of best Australian internationalists, such as Meg Lanning.

By signing on the line for Lightning Bryce will have to sacrifice competing for her country in a Quadrangular T20I tournament in August, however she will be released for their global qualifier later that month.

“I am extremely grateful to Cricket Scotland for agreeing to release Kathryn for the KSL this summer and be absent from the Quadrangular T20I tournament in Holland. She is a 3 dimensional cricketer and will be a valuable asset to our Lightning Squad, with lots of experience of leading Scotland in high pressure tournaments. We hope that her time with us this summer, not only helps us win the KSL but will prepare her for the World Cup Qualifiers at the end of the summer.”

“Missing an international tournament was a difficult decision for Kathryn to make, and we fully support her in that decision. Playing in a high-quality domestic competition with and against some of the best players in world cricket is sure to be good for Kathryn’s development, and the Wildcats are bound to benefit from her having had this opportunity.

“We’ve collaborated with former Scotland men’s player Rob Taylor, now Head Coach of Lightning, throughout the process. We’re grateful to Rob for providing Kathryn with the KSL opportunity, and for releasing her to join up with the Wildcats for the Global Qualifier, as it will mean missing Lightning’s last pool match, and Finals Day should they get there.

“We wish Kathryn, Rob and their Lightning colleagues every success in their 2019 KSL campaign.”

The 2019 Kia Super League season gets underway on 6th August with Lightning’s first game being played at Haslegrave cricket ground against Western Storm.

Get your tickets HERE