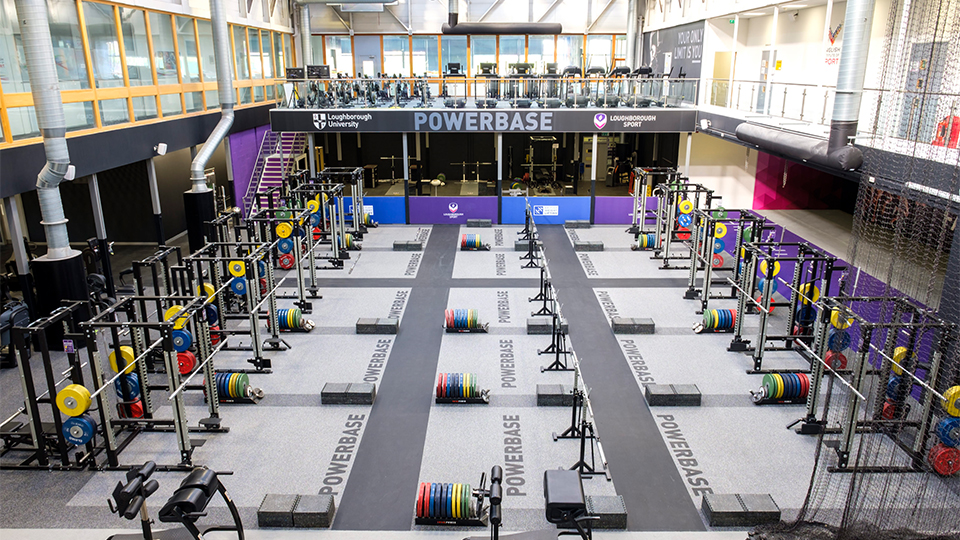 Recognised as one of the largest strength and conditioning gyms in the United Kingdom, the new look showcases and celebrates the ethos of the Loughborough Sport brand – fitter, stronger, faster.

As part of the rebrand, state of the art flooring covering over 1,000 sq. metres has been laid by international athletic flooring specialist, PLAE.

The flooring solution boasts negligible deflection under foot, assuring a stable base for the athlete to train. Simultaneously, material properties dissipate energy on impact, significantly reducing the rebound of weights when dropped. This compliments Powerbase’s existing high-performance equipment supplied by Technogym.

“Powerbase has become an iconic facility in the high-performance system in the UK where everyday Olympians, Paralympians and Loughborough University’s elite squads’ train. The work we’ve done in terms of refurbishment has been pivotal to our ongoing development and I now believe that Powerbase is the best of its sort in the country.

“We’ve said before that the infrastructure at Loughborough is one thing, but it’s vitally important to develop the mix of talent, support staff, and the facilities we have on campus - you can’t build that overnight. This ethos has taken decades to develop with the interaction of all the people here being the lifeblood of what we’re trying to achieve.”

The relaunch event was attended by elite athletes, Joel Fearon, Sophie Alden, Taylor Campbell, Kirstie Gordon, Vicki Oyesola and Beth Dobbin. A progressive sprinting graphic of Beth Dobbin is also portrayed on one of the walls, with the aim to inspire and motivate Powerbase users.

Leading global brands Red Bull and Maximuscle were also in attendance, supplying giveaways to guests on the day.