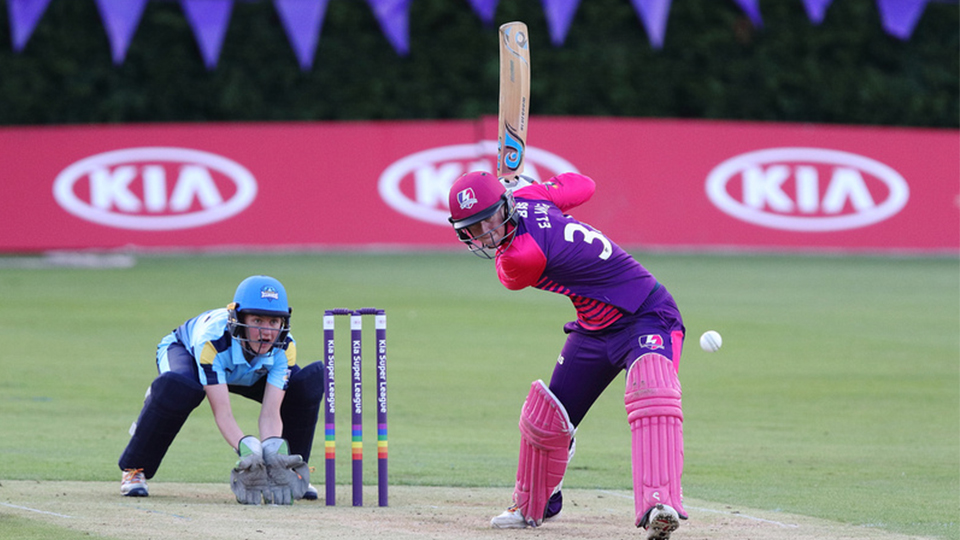 Georgia Elwiss, Jenny Gunn and Amy Jones have been named in the England squad for the upcoming three T20 matches against Australia in the final leg of the Women’s Ashes.

After a drawn Test, Australia has retained the Ashes and take an 8-2 series lead. Although England can no longer win the Ashes, they can level the scores and conclude the series as a draw.

Losing on a technicality rather than a whitewashed series would be the preferred option, but this can only be achieved if England win the final three encounters to take maximum points to draw 8-8.

England stalwart Jenny Gunn has 104 T20I caps to her name with a career spanning over 15 years, the fast bowler will be eager to show why she became the first cricketer to play over 100 T20I matches. Plus, her extreme slow ball titled the ‘whiff’ will be a tease for the unexpecting Southern Stars.

Talking about her selection, Gunn said:

“I’m excited to have been picked to be in the T20 squad as we still have a lot of cricket to be played and I’m looking forward to showing what we are really made of.”

Georgia Elwiss and Amy Jones are no strangers to the international format either, with Jones looking for revenge after last November’s T20 World Cup final defeat against Australia.

The emergent player scored 107 runs across the campaign including a half-century against India in the semi-final.

Lightning captain Georgia Elwiss will also be looking to start the T20’s with conviction having missed out on the T20 World Cup.

Elwiss joined Melbourne Stars in the winter before a back injury struck in February and determined to make her comeback, Elwiss will be one to watch in these three games before she leads Lightning in the Kia Super League.

Elwiss commented on her selection:

“I’m delighted to be picked for the Ashes T20 squad and I’m really looking forward to playing some white ball cricket again for England after a long lay off with injury. We have an exciting few months of T20 cricket coming up and I’m looking forward to laying down a marker and showing what I can do.”

The first game will take place at Chelmsford on July 26 before concluding at Hove (July 28) and Bristol (31 July).