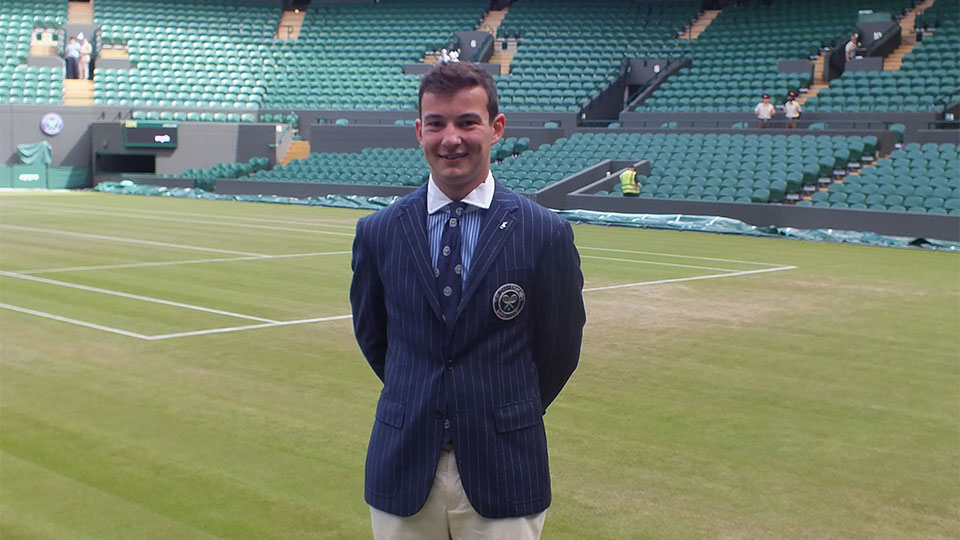 Thanks to Loughborough Tennis’s programmes, created in partnership with the Lawn Tennis Association, students have played, officiated and analysed during Wimbledon this year.

Tom Plowman completed the ‘Road to Wimbledon’ and ‘Referee’ National Student Officiating Academy Pathways. This year he was line umpire for the main draw up until the quarter finals, including matches played by big names including Milos Raonic and Heather Watson.

Jake Moon benefited from the Performance Analysis Pathway offered by Loughborough Tennis. His position as Student Lead gave him the opportunity to make connections at the Lawn Tennis Association and he has worked in Performance Analysis at Wimbledon for the last few years. This year was particularly special as he was invited to the President’s dinner at the tournament as a thank you for his contribution to tennis.

Many Loughborough Tennis players also did IBM stats for the competition this year. They are trained to record statistic courtside, providing accurate data on the matches and players.

Tennis Pathways Coordinator, Roisin Kelly said: “We’re absolutely delighted to have students who have been part of the Loughborough Tennis Project working at Wimbledon.

“We aim to give students opportunities where they can learn new skills that they can keep with them for life. To see students who worked hard to learn and master these skills getting to work at Wimbledon is massively rewarding.”