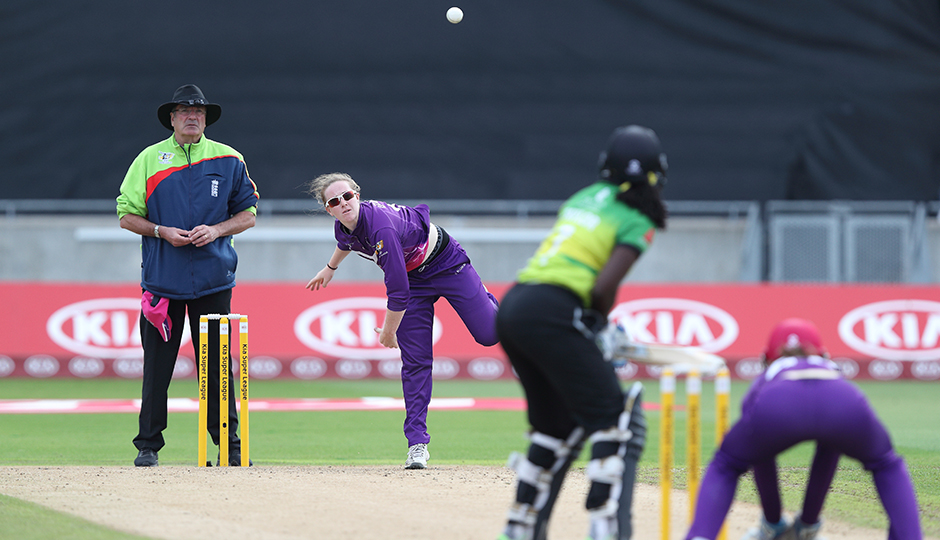 Lightning are proud to celebrate three players; Captain Georgia Elwiss, Kirstie Gordon and Amy Jones who have been named in the England squad for the rare test opportunity against Australia taking place on Thursday at Taunton’s County Ground.

England must win to keep the series alive and contend for the coveted Ashes title. A win in the longer format could claw back a 6-0 score line to 6-4. England would then have to win all three T20’s to take back the Ashes having drawn the series in 2017 and losing in 2015.

Lightning Captain Georgia Elwiss featured in both series in 2015 and 2017 hosting two Test caps to her name.  The allrounder scored 131 across her two Test appearances averaging 43.7 with the bat.

Test debutant Kirstie Gordon was rewarded with her squad place having impressed in last winter’s ICC Women’s World T20 and this week’s warm-up fixture between Australia and England Women’s Academy where the emergent spinner took 8 wickets.

“I’m delighted to be selected for the test match. Having been out of the team with injury for 6 months it’s really exciting to be back involved and even more so that’s it’s The Ashes.”

Also, currently uncapped in the Test format is Amy Jones who has had a difficult Ashes form of late. Jones struggled to contribute in the ODIs but looks to be bouncing back with a three-figure score against Australia Academy in this week’s warm-up matches.

Jones spoke of her excitement for her first Test cap

“I’m so excited to be making my test debut tomorrow, it’s been a long wait which is definitely going to make it even more special. It’s a huge must win game for us as a team and we all can’t wait to get out there and fight for these Ashes.”

In other news, Lightning’s Jenny Gunn who starred in the ODI squad will remain with England Women’s Academy to face Australia A and Ireland in T20 action which will be the perfect preparation for the latter stage of the Ashes series and the domestic Kia Super League where Lighting will start their campaign on home soil against Western Storm on Tuesday 6thAugust.