Loughborough Lightning captain through to semi-finals of Netball World Cup 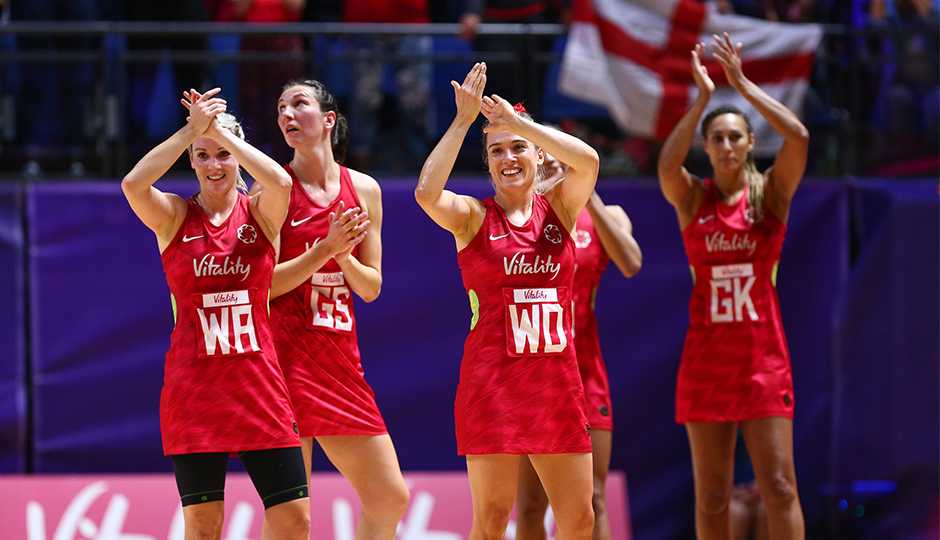 The Vitality Roses star made her World Cup debut in Liverpool this week and has continuously impressed on court. Yet to lose a game, England have stormed through the preliminary rounds and will face fellow unbeaten side South Africa on Thursday night in their toughest challenge so far. The result will not only confirm where teams finish in the group stages but also determine which semi-final they go into. A second-place finish will result in a match up with arch-rivals Australia, with a first-place finish seeing England play New Zealand.

Of her experience so far in the tournament, Panagarry commented:

“I think it is a different role for me here with England than at Lightning, I’m soaking up and learning from all the experience around me. At the same time, I do need to step up and be a voice and support the girls as much as I can. Some of the girls are here in their fourth World Cup so I’m just taking everything in from them but also making sure I have a voice and can offer something to the team.

"I’ve seen so many Lightning fans and followers here and they’re all sending me messages. It’s amazing to see so many Superleague players here, and all their British support, but also for me being a North West girl I’ve got quite a few family and friends here which is nice.

"I’m finding the whole event a bit of a whirlwind. I think I always knew it was going to be a phenomenal experience and I think it’s been more than that, more than I could have ever imagined. I’m hoping each day goes a little bit slower so I can take it all in and remember everything as it’s going to go so quickly. It will be Sunday before we know it, but for now I’m just loving the experience and taking it all in!"

Watch Nat in action as England face South Africa at 8pm tonight. Matches are being shown live on BBC and Sky Netball.