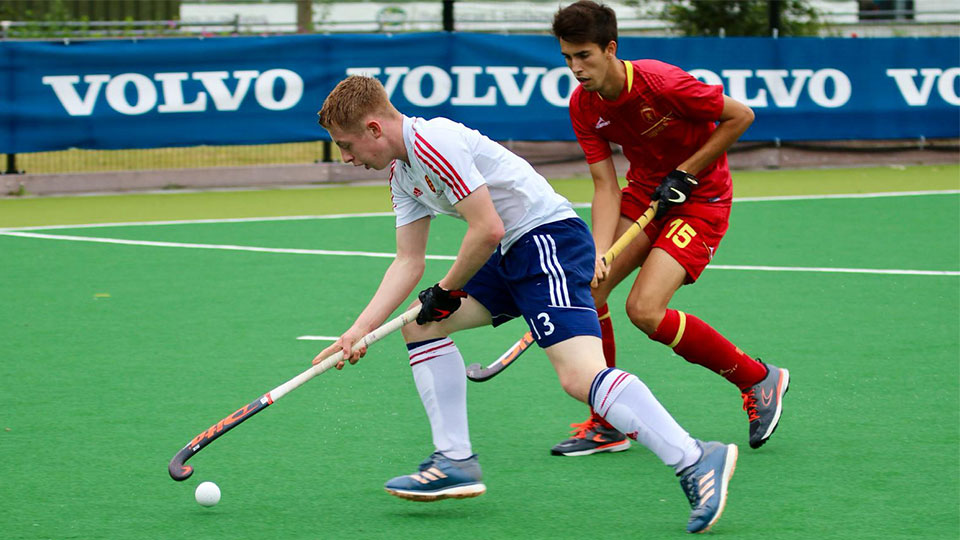 Tom Crowson, Dan West and Matt Ramshaw helped the England team reach the final for the first time in 21 years. Ramshaw scored the second of England’s goals in a valiant effort, but it was Germany that clinched the win 4-2.

Loughborough Men’s Hockey Head Coach, Jerome Goudie, commented: “This a fantastic achievement from a talented team and we are delighted to support these players.

“The team have also qualified for the Junior World Cup in 2021, and we look forward to helping Loughborough athletes realise their aspirations to play in this tournament.”

Roberts was Scotland’s hero in the semi-final, scoring the only goal of the match against Ireland, guaranteeing promotion to the European A Division and a place in the final where they were victorious.

Having initially been selected for the U16s at the start of the season, Tom’s commitment to improvement saw him impress the U18 coaching staff to earn a call up.

These results are a testament to the hard work of the athletes and the coaches, even during exam season. Tom Crowson studies Management Sciences via the Elite Athlete Foundation Pathway, Matt Ramshaw studies Management Sciences and Dan West is a student at Loughborough College. Ali Richmond studies Economics, Andrew Webb studies Financial Mathematics and Hamish Roberts studies Geography.

Speaking of the challenge of combining academic study and international sporting commitments, Jerome added: “At Loughborough we are committed to aiding our student-athletes in reaching both their sporting and academic ambitions, with a fantastic inter-disciplinary team contributing expertise in areas such as strength and conditioning, physiotherapy, and educational development through our Performance Lifestyle programme.

“Our strong links with National Governing Bodies – England Hockey and Scotland Hockey –  are pivotal to this and we congratulate all of the international programmes on their achievements.”