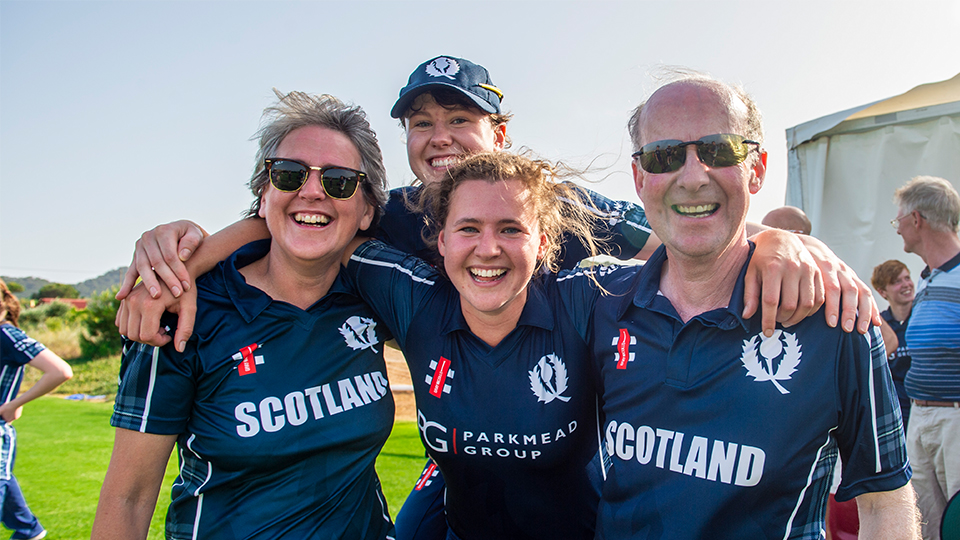 Lightning player and Scotland captain Kathryn Bryce has been selected to join FairBreak Global, a group of diverse players from multiple countries including Hong Kong, Botswana, Pakistan, and Germany.

FairBreak Global is an organisation and movement that seek to create fair and equal access to opportunities that enable people to succeed in their chosen endeavour, independent of gender or geographical location.

All-rounder Bryce will star against Kent Invitational XI at Hayes Cricket Club, Bromley, on the 23rd July in a 40 over fixture starting at 10:30 am. The second match will be a T20 match against Sir Paul Getty XI at Wormsley on July 25th.  The final fixture will be live-streamed on the 29th July against the MCC at UCS Hampstead and will be a contest of two T20 matches.

On selection for the global side Bryce commented:

“It’s an absolute honour to be invited to play with the FairBreak Global XI. I am very much looking forward to playing with some very well-known cricketers from a variety of countries - an opportunity we rarely get. I am also excited to learn more about the fantastic work they are doing with their gender equality program around the globe, and to support their aim of increasing opportunities for players from associate nations.”