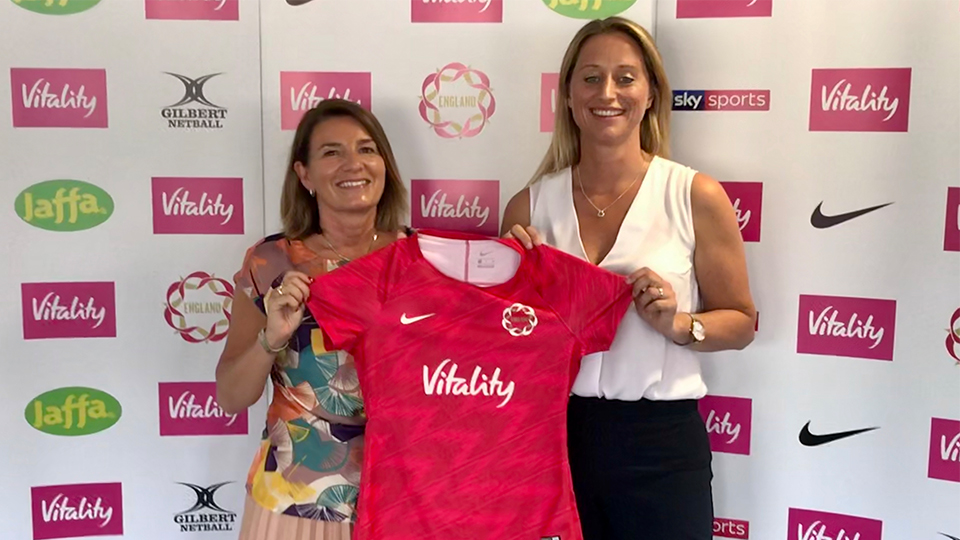 Jess Thirlby was presented to the media following Tracey Neville’s decision to step down from the role after four years.

Jess has extensive experience in the sport and left her role as head coach of Team Bath in January after 20 years as a player and coach.

“We are delighted to welcome Jess Thirlby to England Netball as our new Head Coach. Jess’ thorough understanding of the elite netball landscape and experience of working with some of the Vitality Roses’, both past and present, makes her a perfect fit for this role.”

Joanna also talked about the role Loughborough has played in England Netball’s development:

“Previously we didn’t have a centralised programme so when we moved the team to Loughborough it was game-changing for us.

“The facilities here are absolutely superb. The Netball Centre is brilliant and gives us access to courts exactly when we need them - not only for the Roses but also for the other levels of our programme.

“The gym facilities and the new athlete village are also second to none and it’s played a vital role in our journey so far.”