Setback for Scholars at Highgate United 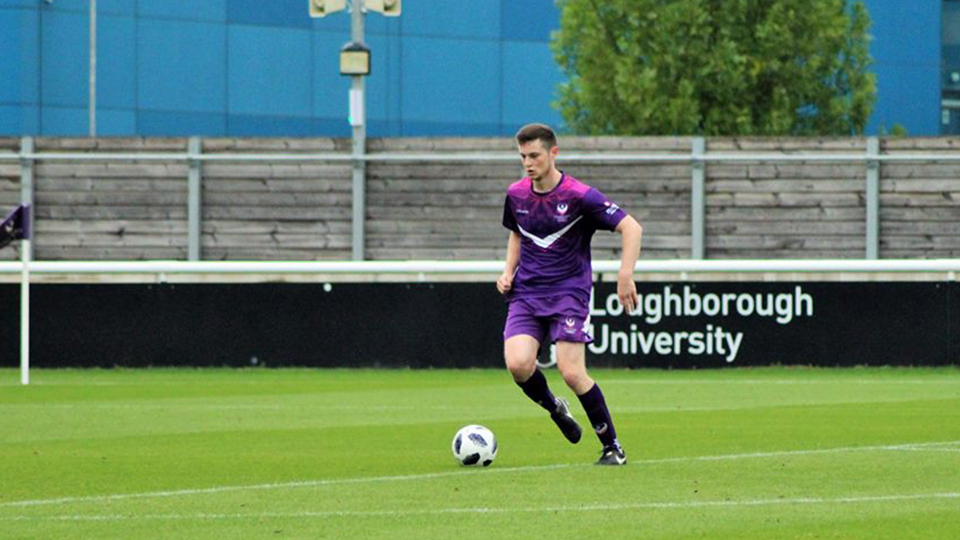 Joe Jackson went closet for the scholars, his header drawing a fine save from the Highgate United keeper.

Loughborough University travelled to Highgate United in the search of three points that would see the students leap frog their hosts into 15th. A defeat would see Highgate extend the gap between them and the bottom 5 clubs.

As with previous games in recent weeks the Scholars started brightly, with an early effort on target by Crookes testing the Highgate Keeper. However, the students found themselves behind after 19 minutes, when a long ball forward put Stefan Moore in behind the University defence. With Moore through on goal he cleverly chipped the advancing George Hobbs to pu the home side into the lead.

The setback did not impact the scholar’s momentum as they looked for a first half equaliser. Jordan Slack coming the closest on 36 minutes when he showed his athleticism beating his man out wide before cutting in the area and drawing a good save from Catlow in goal. Despite the possession on the ball and attempts on goal, Highgate stood firm and took the 1-0 lead into the break.

With much to play for in the second half both teams came out quickly with Crookes again testing the keeper, before Highgate started to test Hobbs with efforts from in and around the box. One such opportunity came in the 50th minute when Yates’s serving effort forced Hobbs into a great save diving to his right.

The game progressed with the scholars continuing to be frustrated by missed opportunities. In the 79th minute Joe Jackson jumped highest from a scholar’s corner, but his header was clawed away from the top corner by Catlow. Moments later Catlow was again called to action when Connor Smith was through on 1v1, but his shot was steered wide by the keepers outstretched leg.

As the game continued to be open the scholars could have been given a lifeline when Dan Hanson was slipped through 1v1 into the area only to go down under the challenge of Catlow in goal. Despite the scholars appeals, no penalty was awarded, and Hanson was shown a yellow card for simulation.

Into the dying moments of the game the scholars again pushed forward in vein, but to make matters worse a quick counter attack led to a tidy finish by Jagroop to make in 2-0 in the 92nd minute. The scholars restarted only for the ref blow for full time.

The defeat sees the University drop to 17th with a crucial home game to Coventry United on Saturday 19th January.

The scholars are also in action in the Leicestershire County Cup Quarter Final as they visit Anstey Nomads on 15th January, 19:45 Kick Off.