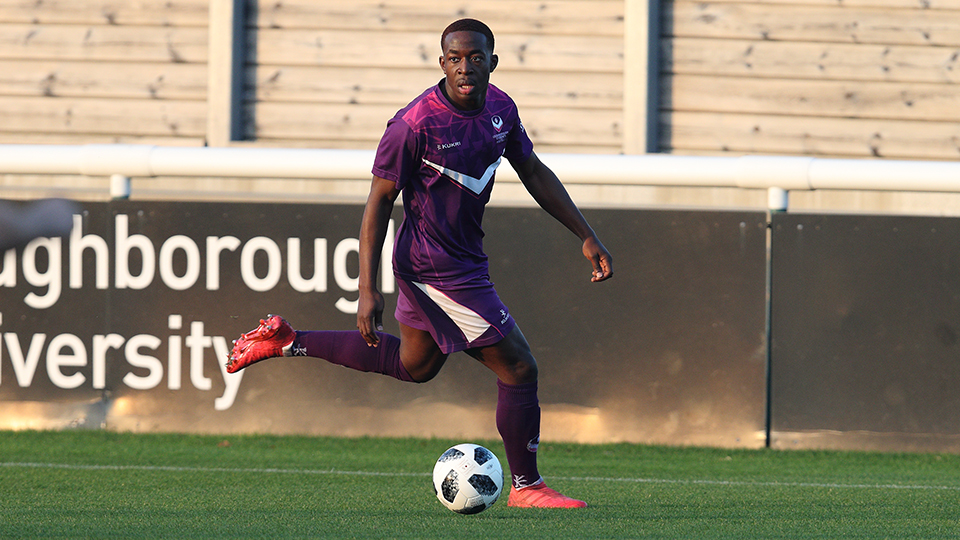 A second half goal from Jeremiah Dasaolu gave the scholars all three points as they travelled to second from bottom Dunkirk.

A second half goal from Jeremiah Dasaolu gave the scholars all three points as they travelled to second from bottom Dunkirk.

An important game for the scholars which would see them move further away from the relegation zone, started lively both sides missing good opportunities within the first 2 minutes of the game. The game became harder on 18 minutes when a Dunkirk cross found its way to the edge of the area with the resulting shot by Bosworth nestling into the far corner past Hilton.

Despite being under pressure the students managed to get a foothold back in the game when pressing high up the pitch, Matty Crookes won the ball back and slipped the ball through to Connor Smith who fired home making it 1-1 from the edge of the box on 26 Minutes.

Although the scholars were back on terms, they had to deal with a double set back when strike Kel Akpobire had to be replaced on 29 minutes through injury, this was quickly followed by Dunkirk scoring their second when another shot outside the box went through bodies and into the far corner past the outstretched Hilton.

With 10 minutes to go of the first half the scholars were then forced into their second substitution when left back Jordan Slack needed to be replaced through injury. Despite the challenges being thrown the Universities way they still went into half time level when good work from substitute Dan Collins saw him brought down in area. The resulting penalty was taken by right back Charlie Lewis who’s strike beat the keeper despite him getting a hand to it.

The first 10 minutes of the second half started with a chance from Jordan Connor from outside the area drawing the Dunkirk keeper into a good diving save. 4 minutes later it was the scholar’s keeper, Hilton who kept the scores level with a fantastic double save.

On 60 minutes a strong start to the half by the scholars when the hard-working Dan Collin set up Dasaolu who tucked the ball into the far corner past the on-rushing Dunkirk keeper.

The remaining half an hour saw the scholars defend astutely, whilst also continuing to create chances through the like of Dan Collins and Smith, the former being unlucky not open his goal scoring account for the university.

With three points secured the scholars move up to 16th in the Total Motion MFL. With their next home game against Worcester City on the 9th February 2019, 3PM Kick Off.

Goals from the Dunkirk Vs Loughborough University